A car driven by a female minor veered off the road and crashed into a column supporting the frontВ porticoВ of Pinnacle Nursing and Rehabilitation Center at 1340 E 300 N in Price early this afternoon.

Officer Susan Hyde of the Price City Police Department reported the driver and her female passenger were headed north during their lunch-break when the driver overcorrected and veered to the right, colliding with the flag pole and portico column. No serious injuries were reported. Officer Hyde said the driver was transported to Castleview Hospital by her mother for precautionary measures. The vehicle had been traveling 35 miles per hour at the time of the accident which is the posted speed limit in the area.

The driver was cited with improper lane travel, both the driver and passenger had been wearing theirВ seat belts. The newly remodeled building of Pinnacle Nursing and Rehabilitation did not fair as well with an estimated five to ten thousand dollars in damage. 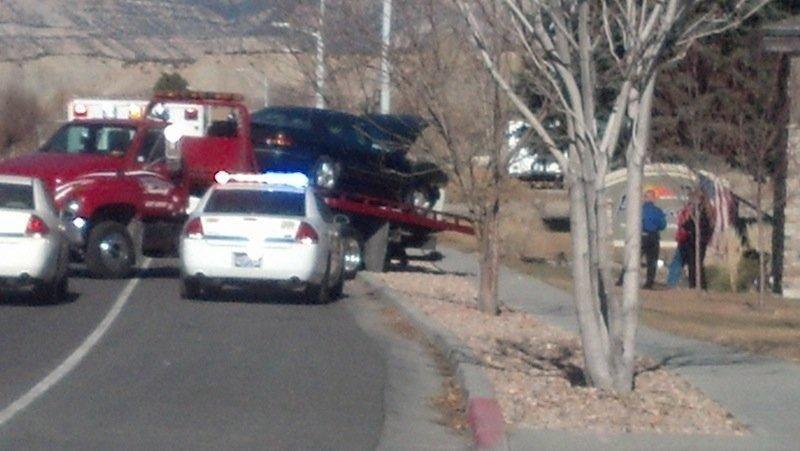