At 8:30 am Thursday morning Utah Highway Patrol on 1-70 between Richfield and Salina observerd a Geo Tracker traveling Eastbound on I-70 between Richfield and Salina, Utah. The Trooper ran the license plate of the Geo and found that it belonged to another vehicle.The Trooper attempted to make a traffic stop, but the Geo sped up and a pursuit was initiated. Speeds were not excessive, but did reach between 80-90 mph. At milepost 119 on I-70, spikes were successfully deployed and two tires on the Geo were spiked. The Geo continued a short distance until the Trooper utilized the Pursuit Intervention Technique (PIT Manuever)and successfully stopped the Geo. As the Trooper approached the Geo, he observed the driver (adult female) holding a handgun up to her chin. The Trooper backed off to cover as additional law enforcement units arrived on scene. There were no passengers in the Geo. A UHP supervisor with training in negotiating arrived on scene and began communicating with the female driver. At 12:20pm, the female driver put down the handgun and surrendered and was taken into custody. The female was transported by ambulance to a Richfield hospital and then will be booked into the Richfield County Jail. 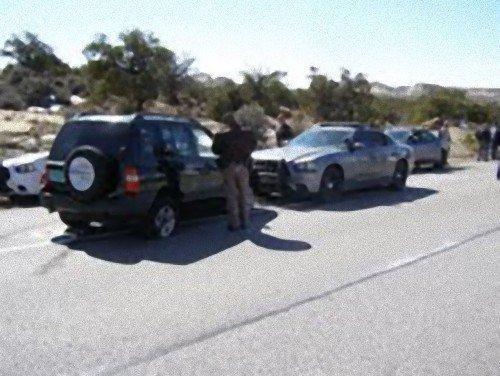 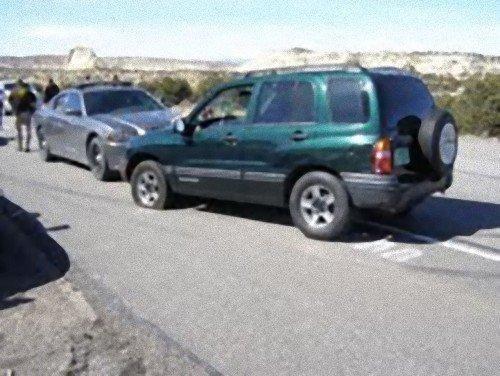