Each month, the Emery County Commission randomly selects winners for the county’s safety Visa gift card program. This program encourages safe practices for all employees workers and aims to reward employees for their efforts. For the month of March, the winners were Jeff Guymon, Adrianna Downard, McKlayne Allred and Kurt Price. These are incentives for all employees that create a safe work record for the past month.

Following the drawings, a motion was made to enter a public hearing to receive input from the public with respect to Castle Valley Special Service District (CVSSD) bonds. Alex Buxton, Zions Bank Public Finance, explained why the public hearing was necessary, stating that it is procedural in issuing bonds. He applauded the CVSSD for working with the Community Impact Board to receive low interest grants and loans.

Jacob Sharp, manager of the CVSSD, said this is the last phase of bond allocation received in 2009, leaving a balance of $848,000. He explained that the CSSD has spent $21,000,000 in public works in that last 10 years, which was received from bonds as well as grants. This has included various improvements county-wide throughout the last decade.

Sharp further explained that the next bonding period will be next year. The commissioners discussed that there would not be a general or county election, and only municipal elections if needed, so they needed to take that into consideration when considering a bond election. Talk of a special election was had, but no decision was made.

There were no public comments or questions, so the hearing was closed and a motion was made to adopt a resolution to authorize the general obligation bond for CVSSD, series 2019.

Next, Roseanne Fillmore from the Forest Service asked the commissioners to nominate individuals for RAC (Resource Advisory Committee) board members. She requested two people in each of the following areas: minerals, environmental, grazing, elected officials and replacement members. The Forest Service needs these nominations in April as they don’t have a quorum because of unfilled vacancies and therefore cannot not act on any future plans.

Approval was given to an agreement for Sandra Huntington to serve as the county fair director for 2019 and possibly 2020. The agreement states the contracted salary is $7,000, and gives Huntington assistance from the county’s human resources department, namely Mary Huntington, for tasks such as vendor applications.

Attorney Mike Olsen spoke for the VOCA, Victims of Crime Assistance Program, telling of the success of the program and those who are working there. He recommended the approval of a grant application for 2018-19 and 2020-21 years. Approval was also granted for an annual agreement between the Bureau of Land Management and Emery County regarding noxious weed management.

In the elected officials reports, Commissioner Kent Wilson reported that good things are happening in the economic growth of the county. Economic growth was at 7.5% and seems to be bouncing back substantially following the war on coal, he said. He also stated that there are only 17% of Emery County homes on the market.

Commissioner Gil Conover reported that they are working on the issues with the county libraries, specifically staffing shortages, and are in the process of hiring a library director.

Commissioner Lynn Sitterud reported that Emery County is in the process of trying to secure a scientific research lab in the county that would be located in the recently acquired Central Warehouse. 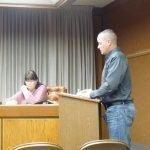 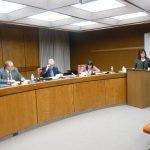 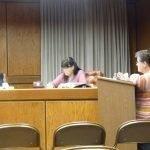