The Price City Council chambers were full last week with athletes and family members from the Diamond Divas, a local softball team consisting of 11 players aged around ten years old.

The team, currently ranked third in the state, has traveled around Utah and served as a walking, talking, pitching and batting representative of Carbon County, something that doesn’t go unnoticed by head coach Brandon Olson.

“The big thing from our team that I’m seeing this year is I think that they really represent this community well,” Olson explained. “They come from a lot of different backgrounds, there’s a lot of different personalities on this team but, just like this area, they’re not afraid to get in and get something done.”

Price City Mayor Joe Piccolo similarly praised the team and expressed his feelings that the team is akin to ambassadors for Price City.

“An ambassador,” Piccolo explained to the team, “is somebody who presents the very best you have to offer.” It was with that definition in mind, then, that the mayor named the team members as the first and, to this point sole, community ambassadors.

Olson himself, who has coached the team since September of 2014, felt honored by the award and expressed hope that it will continue to be a highlight for their life.

“As they get older, I think it will be something that they’ll look back and they’ll really expand on as they go throughout life,” he stated. 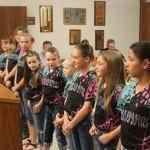 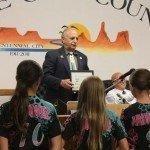 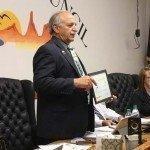 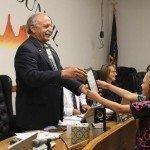 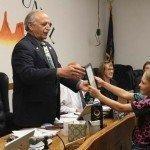 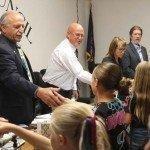 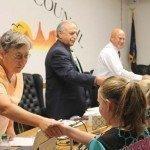