The event gives students a chance to come together with others from around the state to create a once-in-a-lifetime experience as well as to learn from other students and a special guest conductor.

Students received the repertoire for the concert in advance and were expected to practice and learn their part before attending the weekend-long event which featured several opportunities for them to practice with other students from around the state and learn from Dr. Dilworth. Participants then met and practiced over a three-day period before concluding the event with a concert Saturday in Salt Lake City’s historic Tabernacle.

The theme of the concert, “people,” was portrayed in a wide variety of numbers spanning a diverse time period and included such songs as “The King Shall Rejoice” by Handel, “Maggie and Milly and Molly and May” by Eric Whitacre as well as “Daniel” a traditional spiritual arranged by Dr. Dilworth himself.

The CHS Choirs will also present a special concert Monday evening titled “A Night of Shakespeare” featuring songs whose lyrics were written by Shakespeare, celebrating the 400-year legacy since his death.

The concert will begin at 7 p.m. Monday evening at Carbon High’s auditorium. Prices will be $1.00 for an individual and $5.00 for a family, with proceeds from the event being used to assist the choir for their spring tour to San Diego which will take place in March. While on tour, the choir members will have the chance to participate in a choral festival as well as perform at various venues. 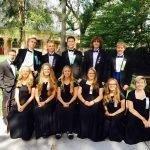 Participants from Carbon in the 2016 UMEA All-State Choir 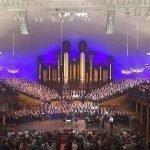