After a fun-filled spring on the diamond, a number of boys were invited to join the 12U Eastern Utah All-Star team. Those individuals included Kale Curtis, Xander Pappas, MJ Rushton, Logan Curtis, Brodee Collins, Jakson Bosone, Jesse Simmons, Joey Howell, Kaeden Sandoval, Raiden Huff, Riker O’hearon and Bryson Shumway. Unfortunately, Shumway broke his arm and was not able to play, but he remains a big supporter of the team and came to the last tournament to cheer for his squad.

Last weekend, the Utah 12U State Champion was determined in a double-elimination bracket in Huntington. Eastern Utah started the tournament off with a bang when Bosone singled home Kale Curtis with just one out in the first. Roosevelt tied the game in the bottom half of the inning, but that would be all the damage Roosevelt would muster. Eastern Utah scored two runs in the second and three in the third to take the game 6-1. It would be the team’s smallest margin of victory.

Collins led the way at the plate with one RBI and a 2-3 afternoon. Bosone, Logan Curtis and Simmons each added an RBI as well. Howell shut down Roosevelt in the final three innings and gave up just one walk and zero hits while striking out three.

Eastern Utah then ramped things up against Vernal. After a scoreless first and second, Eastern Utah’s bats came alive with eight runs in the third and seven runs in the fourth to take the contest 15-0. Sandoval and Rushton each pitched two innings of no-hit ball while the latter struck-it three and the former two. Collins hit a three-run dinger and led the team with four RBIs. Kale Curtis, Sandoval and Bosone added a pair of ribbies apiece.

The crew remained hot and quickly went up 3-0 against South Sevier in the first inning. Eastern Utah put up another crooked frame with 11 runs in the third to put the game away. The 14-0 effort was led by Pappas, who went a perfect 3-3 with two doubles and four RBIs. Eight different players batted in a run in this one as the entire lineup got in the action. Kale Curtis showed off his wheels with two triples and also pitched a scoreless inning on the mound. Collins received the brunt of the work on the bump, however, and struck out five batters through three innings without giving up a hit.

South Sevier battled through the consolation bracket to face Eastern Utah once more in the championship contest. This meeting was much like the first. Eastern Utah delivered the first blow with three runs in the first inning. The team then put the game to bed with 10 runs in the second and went on to win 13-1. Sandoval had a day at the plate, going 2-3 with a homerun, a double and four RBIs. Kale Curtis added two ribbies of his own, while Collins hit a triple and Bosone legged out a double. Pappas and Huff delivered on the mound, marking the team’s eighth and ninth pitchers of the tournament.

“I’ve got a whole lot of talent on my team,” said head coach Kalib Curtis. “We pitched nine pitchers and we have five awesome catchers. Out of six stolen base attempts, my catchers threw out five of them.”

Eastern Utah dominated the competition and never trailed in the tournament. The squad was named the Utah State Champions and will move on to Regionals in Bakersfield, California from July 18-24, with a chance to win and go to the Little League World Series. Eastern Utah’s first two opponents are already set with Central California and then Hawaii.

The players and coaches alike are looking for ways to fund their travel expenses and will be hosting fundraisers and accepting donations from anyone that is willing to help. Coach Curtis likes his team’s chances due to the number of pitchers and overall athletes on the roster. “It’s pretty awesome.” Curtis concluded, “We have a good group of kids.” 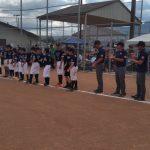 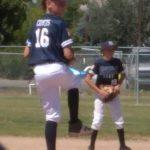 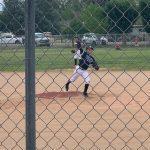 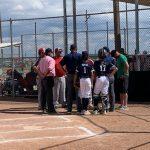 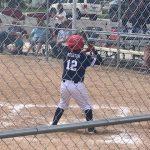 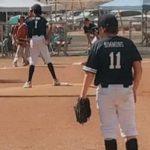 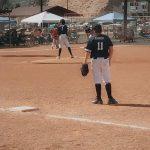 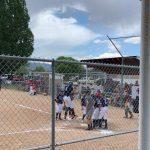 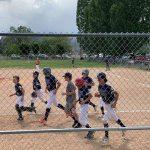 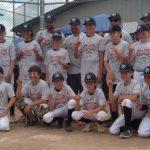 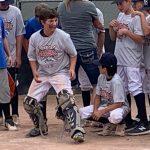 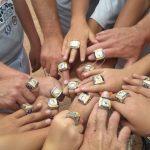 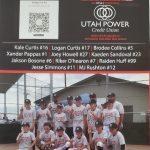