On Monday evening, the Southeast Utah Health Department announced that 16 COVID-19 patients are currently hospitalized in Southeast Utah. The health department also announced 393 active cases of the virus. These include 19 new cases in Carbon County, six in Emery County and two in Grand County reported on Monday.

In Grand County, 274 patients have tested positive for the virus. Of these, 85 cases remain active as 188 have recovered. One Grand County patient is currently hospitalized due to the virus while five others were formerly hospitalized. The lone death in the county was a Grand County man over the age of 85.

As part of the total case count, the Southeast Utah Health Department also tracks cases involving students, teachers and staff at local schools as well as the university. Carbon School District has recorded 54 cases of the virus, 14 of which remain active as 40 have recovered. USU Eastern has tallied 12 cases, all of which have recovered. 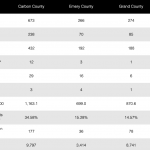 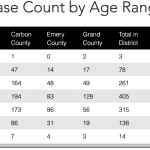 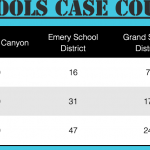 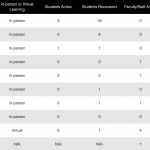 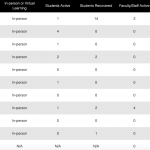 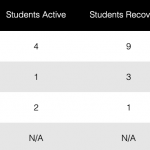 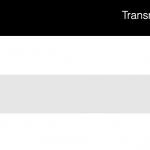