On Friday, the Emery County Sheriff’s Office (ECSO) Dispatch Center received a call reporting that a man had fallen off a cliff in the Upper Black Box. The caller stated that the man was sitting on a boulder on a ledge watching his friends rappel when the ledge broke loose and the man fell approximately 50 feet, landing in two to three feet of water. The caller and one other person left the group to hike to a spot where they had cell service to call for help while other members of the group attended to the man who had fallen.

Classic Air was dispatched out of Moab and was first on scene. The crew advised they would need Emery County Search and Rescue to respond for rope rescue. Due to terrain, a Utah Department of Public Safety (DPS) helicopter was dispatched to insert search and rescue team members and rescue gear. ECSO personnel also assisted in the mission.

Classic Air was able to land on a shelf in a tight area farther up the canyon and paramedics made their way down the canyon through water. They immediately began treating the man. Search and rescue members rigged up and rappelled into the canyon, but were unable to hoist the man out due to difficult overhangs and loose rock, which would cause delays and added risk. The man was carried up the canyon to an area where they were able to climb up a 40-foot sandy embankment and make their way to the helicopter.

The man was transported to a hospital where he later died from his injuries. He has been identified as Craig Barlow, age 50, from Salt Lake City, UT.

On Saturday, ECSO Dispatch Center received a call that a man who was rappelling in Farnsworth Canyon had fallen approximately 70 feet after his rappel anchor broke loose.

Classic Air was dispatched out of Moab and began searching for the exact location. Once the location was pinpointed, the helicopter had to call off air support due to unsafe conditions caused by high winds. Emery County Search and Rescue, ECSO personnel and Goblin Valley State Park personnel responded and packed rope rescue gear to the scene. After they rappelled to the man and had him ready for transport, the wind had died down enough to allow the Classic Air helicopter to return to the scene. Prior to this, two requests for helicopters from the Wasatch Front with hoist capabilities had been made. Both were unable to launch due to dangerously high winds.

The man’s condition worsened as he was being raised out of the canyon. Once the man was out of the canyon, the medical flight crew administered lifesaving measures for nearly one hour before pronouncing the man dead at the scene. Due to difficult terrain, the DPS helicopter was dispatched to extract rescue personnel and their gear. By this time, the wind had subsided enough for the helicopter to respond.

The man has been identified as Arlo Lott, age 41, from Steamboat Springs, CO.

The Emery County Sheriff’s Office expresses sincere condolences to the families and friends of these two men. We also appreciate all agencies who responded to these two tragic accidents. 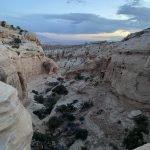 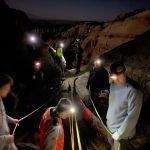 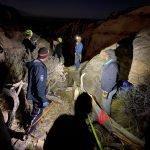 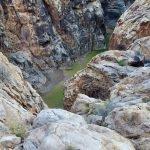 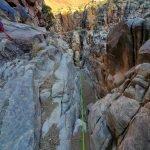 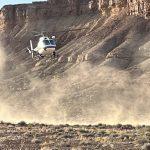