As the highly-anticipated Helper City Electric Light Parade steadily approaches, those that are in charge of all the holiday magic that Utah’s Christmas Town brings were also tasked with selecting the parade’s grand marshal. This year, the honor was given to former Helper City Fire Chief Mike Zamantakis.

It is tradition for the chosen grand marshal to have a great history in Helper City, and Zamantakis is no exception to the rule, having spent 42 years with the fire department. Prior to being named chief in 1996, Zamantakis served as the assistant chief for nearly 12 years. While reflecting on his time at the department, Zamantakis stated that they were able to accomplish much.

When speaking on being chosen as the 2018 grand marshal, Zamantakis stated that he is very honored to be able to hold the title and appreciates those that chose him.

Zamantakis’ appointment as grand marshal follows the 2017 marshal, Jack Ori. As the grand marshal, Zamantakis will be at the forefront of the parade as it cruises down Helper’s Main Street and lights up the attendees Friday and Saturday nights.

The Electric Light Parade will take place this year on Friday, Dec. 7 and Saturday, Dec. 8. beginning at 7 p.m. Fireworks will directly follow the conclusion of Saturday’s parade. 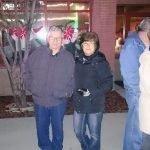 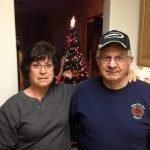