The women’s choir favored the audience of parents and grandparents with “Some Folks”, a German folk song, “Gerahira” and the final number, “Banyangi Bersana”.  Brooklin Potter was a soloist for the women’s choir and they were accompanied by Cory Eden on percussion.

The combined choir also sang three numbers including “Carlos Dominguez”, “Keep Your Lamp” and with Katie Deto as the soloist, they began the last selection “Al Shlosha D’Varim”. All three choirs were accompanied by Merilee Cox on the piano as well as bongo drums. 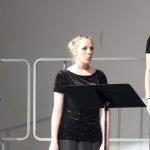 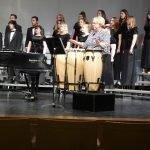 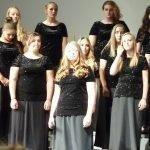 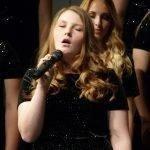