The National Geographic GeoBee was held in thousands of schools all across the United States and the five U.S. territories. Also competing were Department of Defense Dependents Schools around the world. Several schools in Emery School District held geography bees. This is for students in grades four through eight. A first place winner was determined in each school. That school champion then took an online qualifying test. Up to 100 of the top test scorers in each state then became eligible to compete in the Utah Geography Bee.

Emery School District had three students who qualified for the Utah Geography Bee. Tyler Frandsen, an eighth grade student at San Rafael Middle School, Ajay Nielson, a fifth grade student at Ferron Elementary and Luke Jensen, a fourth grade student at Castle Dale Elementary, scored high enough on the online test to qualify for the State GeoBee, which was scheduled for March 27.

Due to the COVID-19 pandemic, the competition beyond qualifying for the state competition was cancelled. Vicki Phillips, Executive Vice President and CEO at the National Geographic Society stated, “We believe it is critical to safeguard the health and safety of our GeoBee…Communities… by taking proactive steps to avoid any unnecessary health risks associated with group gatherings. We are deeply saddened by this turn of events and did not make this decision lightly. We recognize the tremendous amount of time and effort that students, teachers, coordinators, administrators, parents and staff have poured into these competitions.” 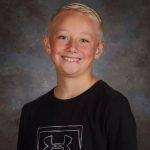 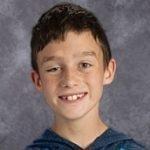 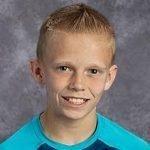