The day started with registration and two different warm up rides, one to the Athena Trail and the other to the sculpture in Green River. When riders returned, the guided rides started. With many trails to choose from, MECCA offered guides to take participants through trails in the Green River area.

The night ended with a tribute to the founding member of the MECCA Mountain Bike Club, Lamar “Sheriff” Guymon, who passed away Oct. 12. Tribute was also given to Gale Anderson, a long-time MECCA supporter, who passed away April 14.

MECCA has been running for 33 years and many who have worked as part of the committee have seen many of the same families return year after year. Some families have been attending the festival for 30 years and now bring their grandchildren with them. 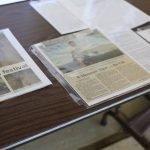 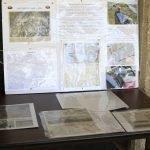 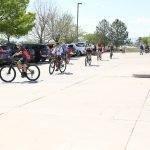 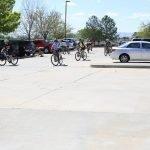