The annual Greek Festival in Price is something the entire community looks forward to every summer. This year is no exception.

The festival will be celebrating its 36th year this Friday and Saturday at Assumption Greek Orthodox Church on 61 South 200 East.

Have you ever wondered what it takes to put on the festival? Well, etv10 News caught up with the ladies in charge of cooking the food, and it’s quite a production.

“We’ve been holding the festival since 1975, according to our perishВ council president. I’ve been involved probably close to thirtyВ years now,вЂќ В said Lisa Crichlow, Financial Secretary of The Assumption Greek Orthodox Church. вЂњBut we have a lot of people here, like our older ladies, who have been here since the day it started.”

“It all just started as a fundraiser for the church years ago,” Crichlow continued. “They used to cook the food down in the basement kitchen and then haul it upВ to either the Notre-Dame Church or to the Elks Lodge. They would serve it out of there. That’s where it all started before we had the pavilion built outsideВ to do it.”

Crichlow noted just how much work the ladies put in for this year’s festival.

“It is a tremendous amount of work. We start preparing food about the middle of June, and it goes right up to the day before the festival,” she said. “We started with the spinach pita, and I believe they made about 45 pans of that.”

Other quantities of food include:

“We’ve increased all of our supplies by at least a quarterВ this year, to make sure that everyone is fed until about nine o-clock onВ Saturday,” Crichlow said.

Crichlow announced a new addition to the festival this year. An express platter will be available on Friday only, during lunch hours. В The platter is $10 with a choice of chicken or lamb for the main dish. The idea behind the platter is for customers to avoid long lines. They have also added a third cash register to further expedite the process. Also new to the festival this year will be Greek sausages, hamburgers and cheeseburgers.

“Every year the businesses of Carbon and Emery counties have been soВ very generous to us with their donations,” she said. “Truly we could notВ do it without the donations and the generosity of the counties. WeВ really couldn’t. It’s really nice that they support us so well. So weВ feel it is important to give them the best of us too.” 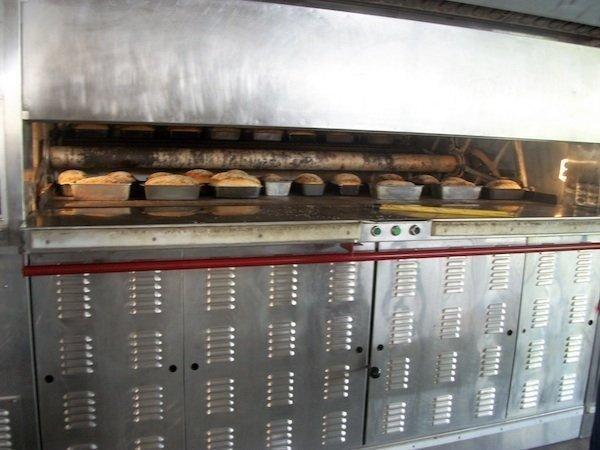