The Jennifer Leavitt Student Center at USU Eastern was packed full of women as the campus once again played host to the 39th annual Women’s Conference. Beginning at 9 a.m., those in attendance were treated with a light breakfast of muffins, coffee, tea while listening to the first keynote speaker of the day, Michelle Johansen Gifford.

Gifford is a native of the Castle Country area that currently resides with her large family in Riverside, Calif. She runs a podcast entitled “Women with Fire” and began a nonprofit way for photographers to give back entitled “Beauty Revived.”

During her presentation, Gifford focused on the “5 Lies That Dim Your Light,” wanting to share with the women in the crowd that each has a purpose and a unique light to shine. Among the five lies were “your light doesn’t matter, her light is better than yours and your light isn’t bright enough to start.”

Backing her theories on shining your own light, Gifford had stories from experiences and other women in her life, including her photography project and more.

“Never before have we had such an opportunity to be an influence,” Gifford expressed.

Gifford ended her presentation by stressing that it is prudent to lean on others when your light is dim. She stressed that there is something amazing happening for women right now; women are being called to stand up and make a difference.

The second keynote speaker of the afternoon was Sarah Starkey. Starkey spoke on the “Lighthearted Look at Why it is Great to Be a Woman in Utah.” As a young girl, Starkey was always inquisitive. She took that nature with her throughout life and through happenstance of her curious nature, made the choice at a young age to become a lawyer.

As she traveled through her years, Starkey encountered many people that underestimated her worth due to being a colorful, outspoken woman that is short in stature. However, Starkey saw that as an opportunity.

“I always allow people to underestimate me,” Starkey stated.

While being underestimated, Starkey explained that she used her drive and ambition to always do her best and come out shining. Starkey encouraged those in attendance to always remember that they have the same passion and drive in them. She reminded all that perseverance is key and to continue to find ways to create opportunities for yourself.

She continued her presentation by encouraging attendees to provide mentorships as much as possible, as they teach the mentor as much as the one being mentored. Starkey stressed the importance of reaching back and helping others, as nobody reaches goals completely on their own.

Starkey’s last piece of advice was to “live your life out loud, be colorful and always be yourself.”

Along with the powerful keynote speakers, the conference offered workshops on the aging body, healthy living inside and out, flowers for the soul and much more. These breakout sessions were featured in different locations over the campus.

An Italian-influenced lunch of pasta, bread sticks, salad, pie and more was available in the afternoon for those that had worked up an appetite. Booths from local and non-local businesses such as Eastern Utah Women’s Health, Maurices clothing, Planned Parenthood and more were set up for perusal, information and leisure. Prizes were awarded from local entities during lunch. 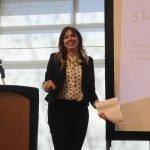 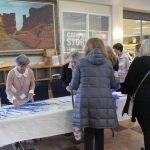 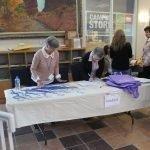 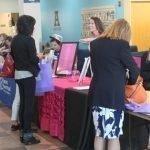 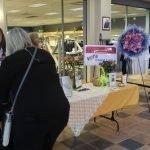 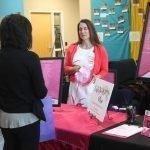 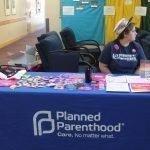 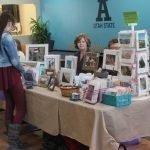 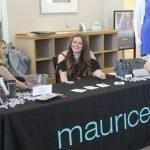 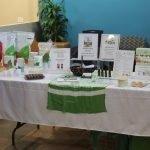 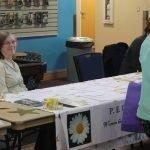 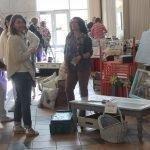 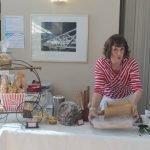 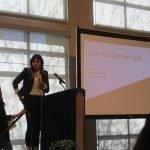 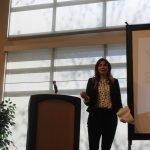 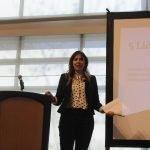 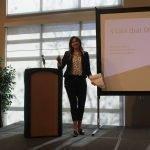 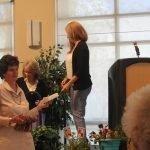 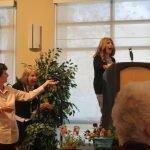 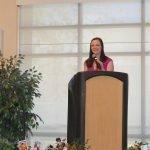 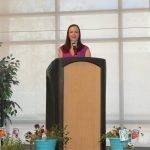 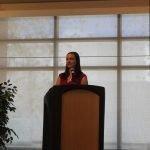