Early Wednesday morning, the 3A State Baseball Tournament information was revealed, which showed the Dinos grabbing the #4 seed and becoming one of the four designated pod sites. The tournament will start on Saturday, where #4 Carbon will play #13 South Sevier at 12 p.m. in Price. The Dinos will then play either Manti or Grantsville at 3 p.m. Both of those games will be streamed live on ETV Channel 10 and online at etvnews.com/livesports.

The Spartans were given the #9 seed and will play #8 Morgan in Juab at 12:30 p.m. Each team in the bracket will play two games on Saturday. Teams that lose two games will be eliminated. Those that win one of two will start the three-day tournament next week in the consolation bracket while the four teams that go undefeated on Saturday will remain in the winner’s bracket. 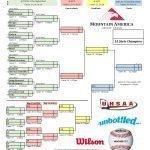