After three weeks in the legislature, 51 bills have passed. A number of them deal with base budgets for our largest entities, such as the Infrastructure and General Government Base Budget. A large number of them are clean up bills that sometimes only have three to five word changes in them. One bill that might catch the interest of those working for state government is SB0019 sponsored by Senator Margret Dayton. This bills defines that after an annulment or divorce, a former spouse is no longer allowed to be a beneficiary of retirement benefits if the member dies. SB 0085 allows DCFS to exceed the number of children placed in a foster home to permit sibling groups who re-enter foster care to return to a previous foster home.

All of the sub-appropriation committees prioritized their spending budgets Friday. The committee that I sit on, Social Services, was heart wrenching. People have so many needs and their causes are so justified, but there is a finite amount of money available. We won’t know the final results until the Executive Appropriations Committee finalizes all of the state budgets.

Another issue is the Justice Reinvestment Initiative. This initiative is to keep non-violent offenders out of prison and jail. Unfortunately, it did not receive the federal funding that the legislature had planned on. The fiscal responsibility has fallen on counties, cities and charities. It has become a huge problem for the areas of the state where there are communities of homeless people. Right now, there does not seem to be a solution for this problem.

A special thank you to all of you who answered the legislative survey. We will tabulate the results and I will include them in my next letter. I had an early morning visit with a local coffee klatch, a well-attended Town Hall meeting with Senator David Hinkins, and received numerous emails. Thank you! 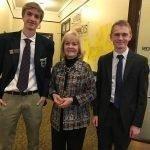 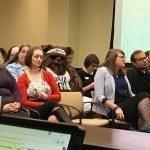 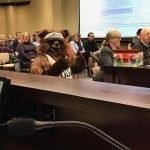