In 2010, two coal miners from Deer Creek Mine wanted to go for a weekend motorcycle run with fellow miners. This began a yearly event that has successfully raised money for coal miners and their families faced with cancer and blood diseases. In 2013, one of the founders, Steve Thornton, fought his own battle with cancer and lost. Wade Hansen has continued the run in his honor.

In 2014 and 2015, the focus has turned to raising money for Miner’s Memorial statues. One is to be dedicated in the Price Peace Gardens on Labor Day. Another will be placed in Emery County on Main Street in Castle Dale.

This year’s run brought in 36 motorcycles. Beginning in Huntington, riders travelled to Sutherlands in Price, through the mountains over Indian Canyon to Duchesne, over Wolf Creek Pass into Heber and ended in Lindon at Timpanogos Harley. At each stop, riders drew a card at random, giving them a poker hand after five stops. Deb Stella won the poker match with a flush, receiving $100 gift cards from Sutherlands of Price and Timpanogos Harley.

For the last year, a motorized peddle bike built by Tom Holdaway has been travelling from local businesses for surrounding events for display. This bike was the grand prize of the run and was won by Randy (Fly) Sinclair, a retiree of Deer Creek Mine.

Riders also had the chance to win a $25 prize at each stop. These prizes were donated by Friends of Coal West, which has been a united voice for the coal industry. Prizes donated by local merchants were also available to win.

Miner’s Memorial Poker Run would like to send a special thanks to Timpanogos Harley, Sutherlands of Price, Tome Holdaway, Friends of Coal West, KFC of Price, Supreme Muffler and Brake, and the riders who participated, especially Stella, the road captain, and Brad Reed and Andy Wall, the EMTs. 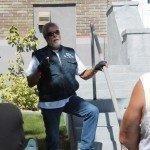 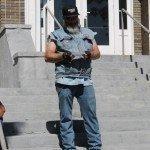 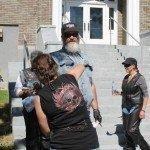 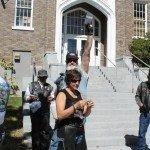 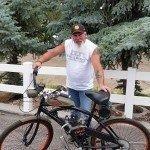 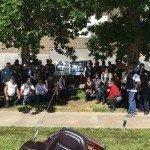 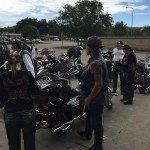 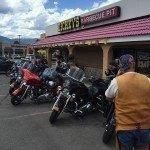 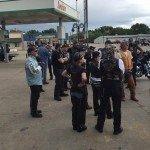 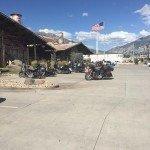 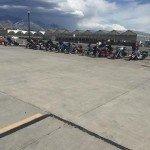