On Friday evening, the Southeast Utah Health Department announced 69 active cases of COVID-19 within the region. Friday’s report also announced nine new cases in the region, including five in Emery County and two each in Carbon and Grand counties.

Over 13,422 COVID-19 tests have been administered throughout Carbon, Emery and Grand counties. Of these, 373 have been positive.

Carbon County has recorded 194 total cases, 31 of which remain active as 162 have recovered. The lone death in the county came on Sunday when a man in the 65-84 age range that had been hospitalized passed away. Four Carbon County patients are currently hospitalized while seven others were formerly hospitalized.

Grand County has recorded 99 cases of COVID-19, 14 of which remain active as 84 have recovered. Two patients within the county were formerly hospitalized. One patient, a Grand County man over the age of 85, passed away due to the virus. 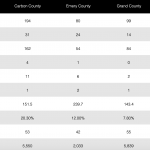 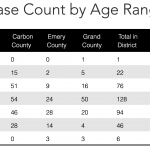 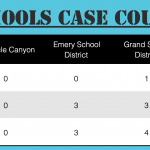 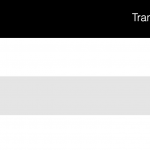