On Friday, Jan. 11, the Seven County Infrastructure Coalition hosted its first meeting of the year. At this meeting, there were several changes to the board. Emery County Commissioner Lynn Sitterud was elected as one of the co-chairs of the coalition along with Commissioner Brad Horrocks of Uintah County. Commissioner Casey Hopes became the new member representing Carbon County on the board.

The Seven County Infrastructure Coalition consists of seven local counties: Daggett, Uintah, Duchesne, Sevier, Carbon, Emery and San Juan. Coalition members meet monthly to plan and carry out projects that are beneficial to the counties in the coalition, and normally, the meetings are held in Carbon County.

“The co-chairs work hand-in-hand with the Executive Director to carry out the wishes and direction of the board,” said Commissioner Sitterud. There are several projects the coalition is working on right now. The largest one is a new railroad that will be coming out of the Basin. Commissioner Sitterud stated that there is a project going before the State Legislature in the next two months that would bring economic growth to Emery and Carbon counties. “It is exciting as commissioners to represent our counties in the coalition and see the possible projects that we will be working on for our constituents,” Sitterud said.

Commissioner Casey Hopes said he will be able to help guide the general direction of the coalition and the projects it pursues as a board member and believes Carbon County gains a greater ability to accomplish its goals by being involved in the coalition. Commissioner Hopes feels the Coalition is important because, “each of our county’s economies are interdependent on each other, and many of the participating counties share infrastructure that connects those economies.”

“The work of the coalition is to try and help these natural resources [like oil and coal] get to market to help each of the economies in their respective counties,” Hopes continued. Since Commissioner Hopes has not been a part of the board for long, he is excited to learn more about the projects the coalition is undertaking. He is also interested in helping the Basin get their oil to market, which could possibly help the economy in the local area grow as well. “An example of this is the rail load out facilities in Wellington (PRT) and on Ridge Road at Savage,” he said.

The Seven County Infrastructure Coalition is working to bring benefits to all its member counties. By joining efforts through the coalition, the counties have a stronger ability to accomplish goals and complete projects that will improve local economies and infrastructure. 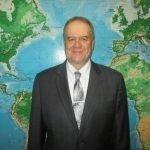 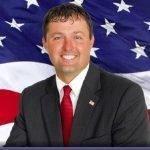