Dawn’s Hometown Insurance is not just the place that clients go to receive answers on life insurance. It is also the business of a group of individuals that care deeply about giving back.

Each year, Dawn Manzanares and her team go above and beyond to ensure that they are able to make a sizable donation to the local members of Bikers Against Child Abuse (BACA).

Since 2013 to the end of 2018, Dawn’s Hometown Insurance has donated nearly $15,000. One of the ways that the employees accomplish this is with their Christmas in July party. Those that donated to BACA were awarded with a raffle consisting of gift certificates and a television. Manzanares gathered her entire team and more to contribute to the bikers and the accumulation of her donations were given on Thursday evening.

A group grant titled Hands in the Community was awarded through Allstate to the local BACA chapter due to the involvement of about five other agents in the state of Utah. Allstate matches money given through Manzanares’ funds.

Gathered inside the insurance office, Manzanares, her team and a handful of the local BACA members celebrated the donation of $7,745. This money goes toward the children’s therapy, certificates, toys and more.

To say thank you, the BACA members constructed gift baskets for Manzanares and her team that included lotions, bath bombs, fresh towels and a guarantee for an upcoming massage.

“She is our angel and number one supporter,” one BACA member stated.

Manzanares was also gifted with a handmade wooden BACA plaque. She expressed her gratitude to the bikers and stated that they are the ones that make the most difference, especially in the children’s lives that they care for.

“There’s no amount of money that would replace what you guys do,” Manzanares stated. 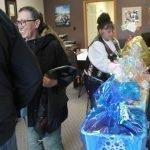 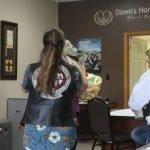 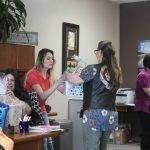 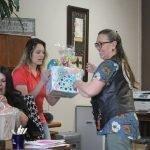 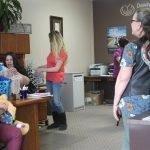 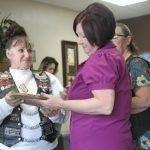 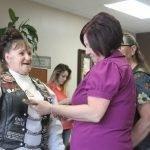 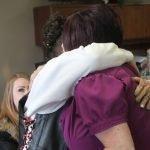 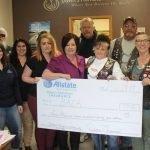 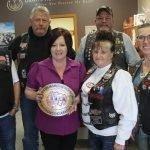 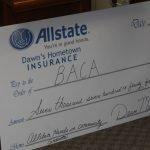