Carbon’s Lindsey Blanc and Emery’s Megan Jensen were named Tuesday to the Deseret News’ 3A and 2A First Teams, respectively.

Blanc, a senior, averaged 13.6 points per game during her final season in a Dino uniform. She led the Lady Dinos’ to a third place finish last season and a fourth place finish this season in 3A. Blanc was a starter on three straight Region 12 championship teams the past three seasons. She was named to the 3A First Team last season and the Third Team in 2015.

Jensen, just a sophomore, averaged 14.6 ppg to go along with 6 rpg. She poured in a game-high 26 points in the 2A Championship game in late February and grabbed 12 rebounds as the Lady Spartans lost an overtime heartbreaker to North Sevier, 49-45. Jensen anchored a team that finished 22-2 this season, including a perfect 10-0 Region 15 record.

Also from Carbon, junior Kelsey Sorenson was named to the 3A Third Team after averaging 8.1 ppg, 4.4 rpg, 2.4 apg and 2.5 spg. She also chipped in 27 threes on the season. Senior Cyene Bigelow was on the honorable mention team, having averaged 7.5 ppg and 5 rpg.

Three other Spartans were named to all-state teams as well. Kinlee Toomer and Lainee Jensen found themselves on the 2A Second Team. Kinlee was the only other Lady Spartan in double figures with 10.1 ppg. Lainee Jensen poured in 9.5 ppg and knocked down a team-high 47 3-pointers, including six against North Sevier on Jan. 12. Kacelyn Toomer, also a sophomore, broke her ankle just before the state quarterfinals before miraculously playing the bulk of the 2A Championship game, was on the 2A Third Team. She averaged 8 ppg on the season.

The lone 1A selection came from Green River. Maribel Escalante, who led all of 1A with 80 made 3-pointers on the season, was named to the 1A Honorable Mention team during her junior campaign. Her 80 made threes were the most in the state of Utah. 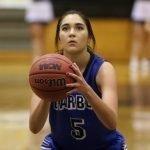 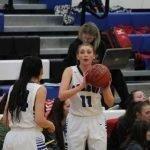 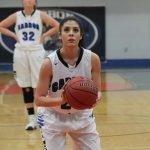 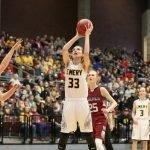 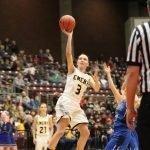 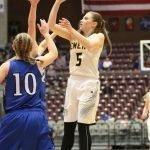 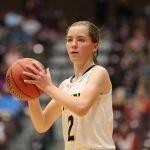 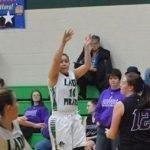