Halloween has been called by many names including: All Souls Day, All Saints Day, All Hallows Eve, Day of the Dead and even Samhain (sow-in). According to historians, Samhain is the most likely origin for the American Halloween tradition which began over 2,000 years ago.

Celebrators of this holiday believed that ghosts of the dead return to the earth on this one night, causing damage and death to crops and creating other mischief. This coincided with the end of summer and the beginning of the first frost. Sacrifices were performed by Druids to satisfy these ghosts and prepare for the long winter ahead. This brought comfort to those at the mercy of an unexplained world.

Halloween has changed significantly from these early roots. Traditions, however, have persisted.  Bobbing for apples, costumes, bonfires and treats all trace back to Celtic traditions . Pranks, trick-or-treating, and even vandalism originated sometime in the sixteenth century across Europe and still finds favor among a young crowd to this day.

Costumes of the past began with face paint and crude masks, which evolved into much more elaborate designs as time passed and festivals began. Some of the older costumes made out of burlap sacks and paper mache put modern scary costumes to shame.

Halloween has been celebrated for many centuries and although much of the celebration has changed, many traditions remain the same. 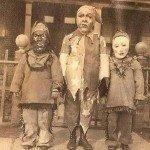 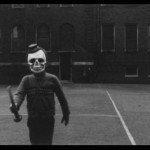 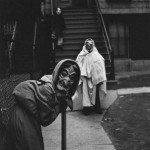 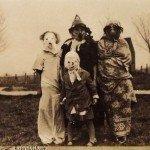 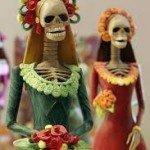