Many Carbon County residents have visited the Utah State University Eastern Prehistoric Museum at least once. Local schools and preschools take busloads of students to see and learn about the past of the land that once made up Carbon County.

Of those that have been to the museum once or twice, many do not return, thinking they’ve seen all there is to see.

Museum Director Kenneth Carpenter remembers once, before he was part of the museum, he was in Green River doing research and asked an individual if he had ever been to the Price museum. The gentlemen replied he had, but it was over 15 years ago and figured nothing much had changed.

That conversation remained in Carpenter’s mind years later when he applied for the job as museum director. He said then he wanted to make changes; he has kept his word. Walking through the front door one will see the new place of honor for the Utahraptor. Carpenter has not only given it a new home, but a dynamic pose that reflects new information about the dinosaur, which was discovered since the bones were unearthed.

“I want to keep it fresh,” he said. “Many of the exhibits were very static and the displays were cluttered. I feel that sometimes less is better.”

Carpenter also realizes the importance for the public to view the wealth of artifacts, bones and other collections the museum owns. Currently, items are stored in several places and not always up to the standards they should.

A multitude of bones are held in the old morgue located in the computer science building at USU Eastern. That building was once the old Carbon Hospital and makes for a great climate-controlled location for bones.

Other items are stored in plastic bags and cardboard boxes. Carpenter has been working hard to place all artifacts and collections in proper storage, but space remains elusive.

Past director Reese Barrick and original museum director Don Burge first saw a vision of a new building. Carpenter is moving forward with that vision and expects to get fundraising efforts fully underway by year’s end. It will take approximately three years to raise the $25 million needed for the projected 50,000 square foot building.

Carpenter envisions an enlarged storage area with movable shelving units and a large glass wall. He wants to showcase the different collections on a rotating basis with informational signage that would make the room a dynamic part of the museum experience.

Next week – a look at the Paleontology side of the museum 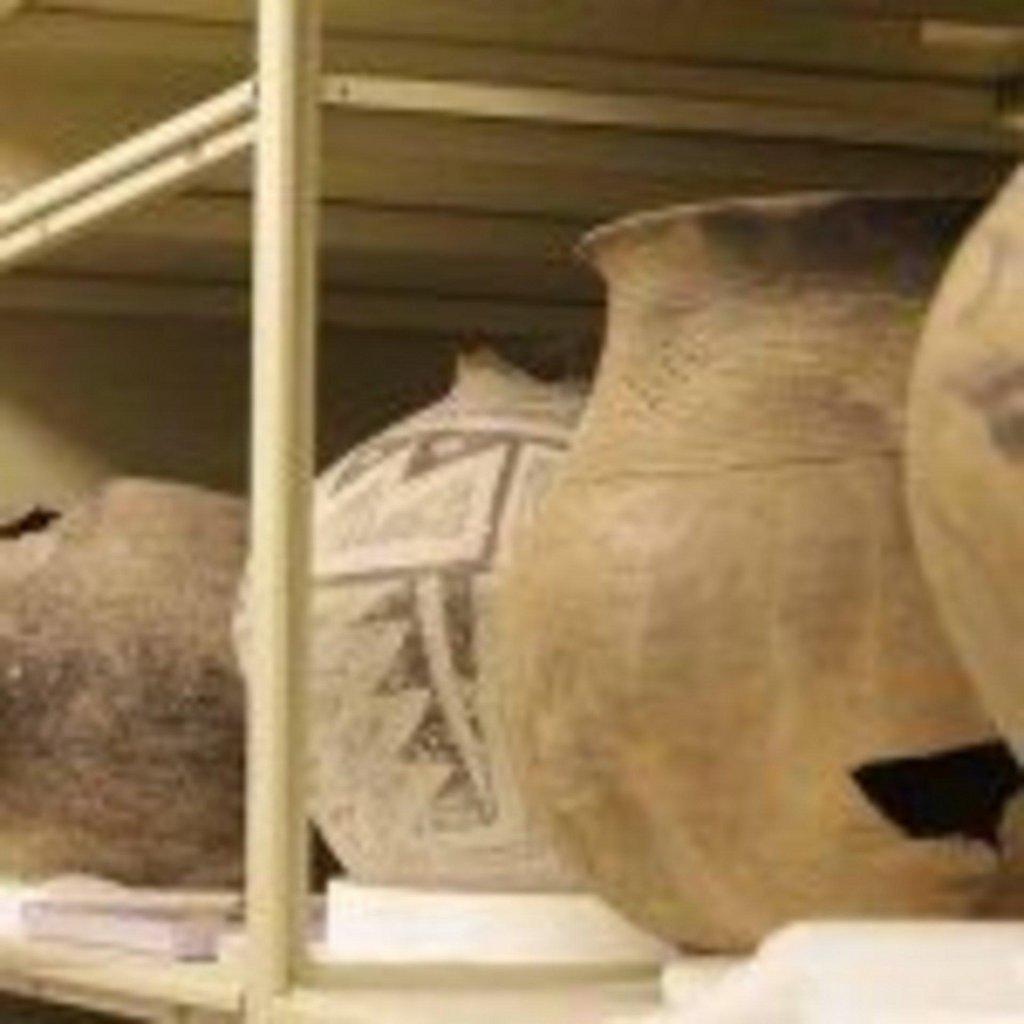 rows of pots in the back room are all part of the museum collection. Many have been brought in without any knowledge of where they were found exactly 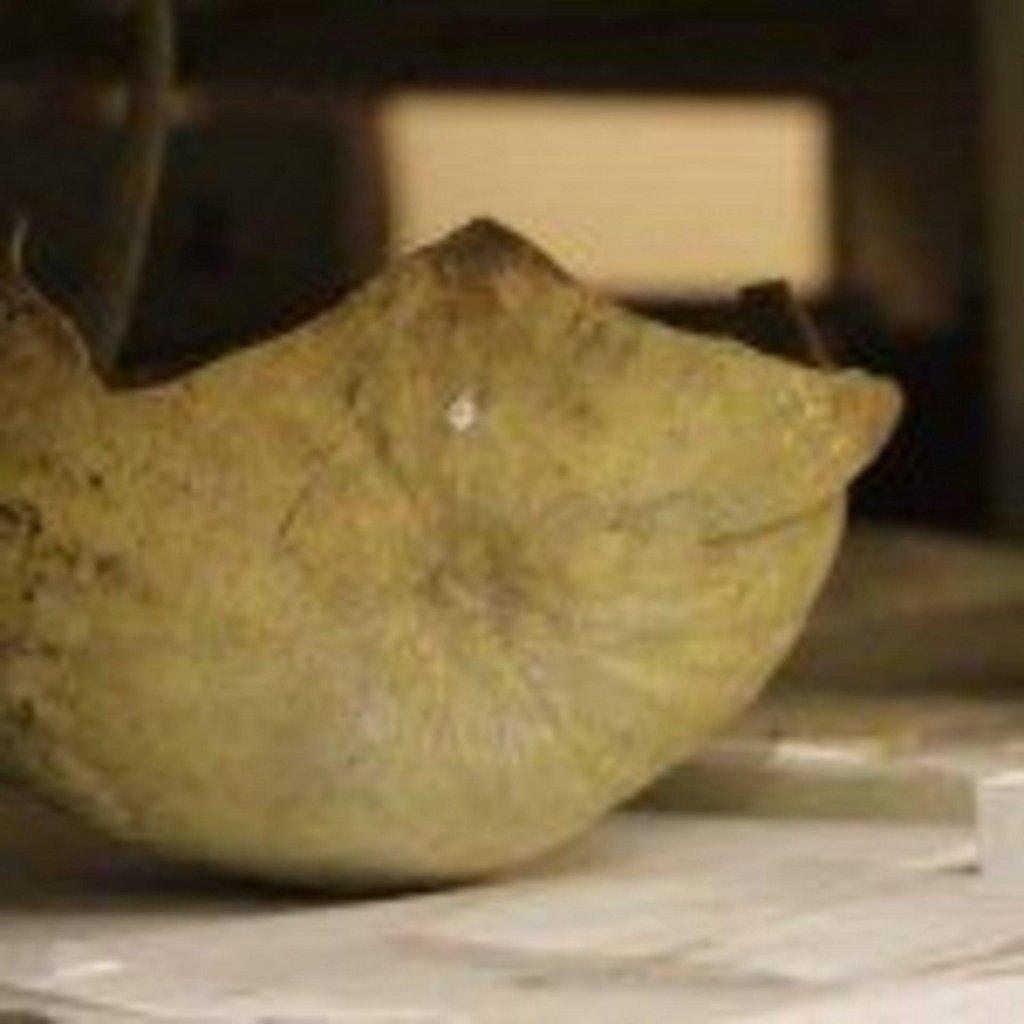 a gourd pot sits on the shelf 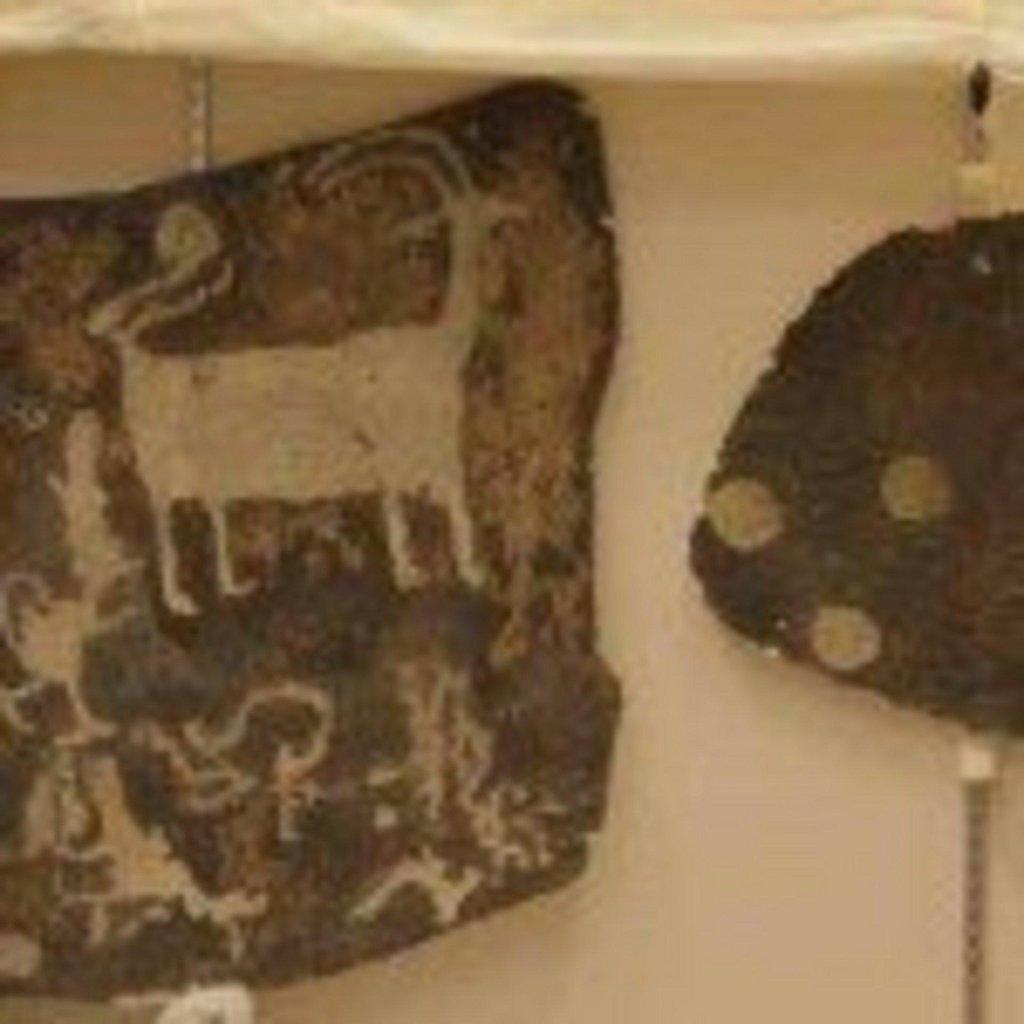 reproductions and other items hang in storage 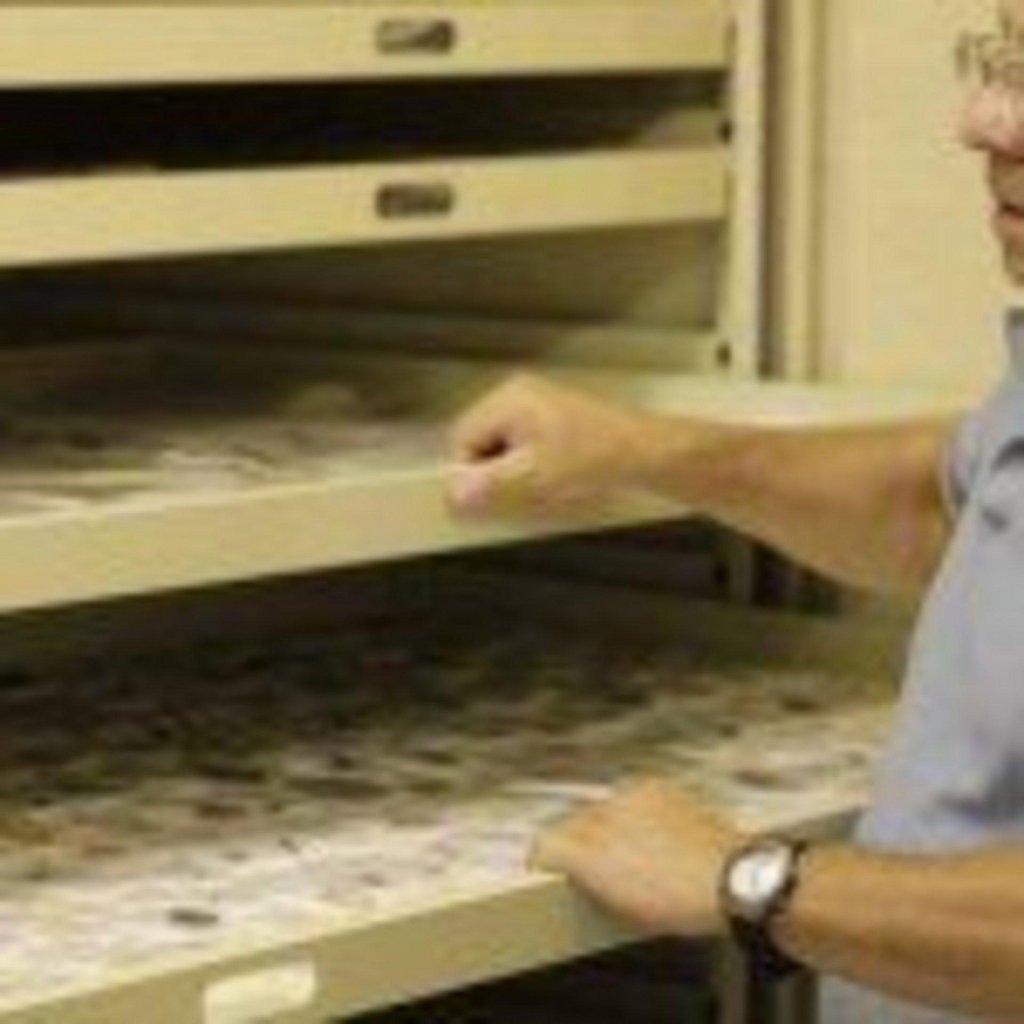 so much to see and not enough room to display it 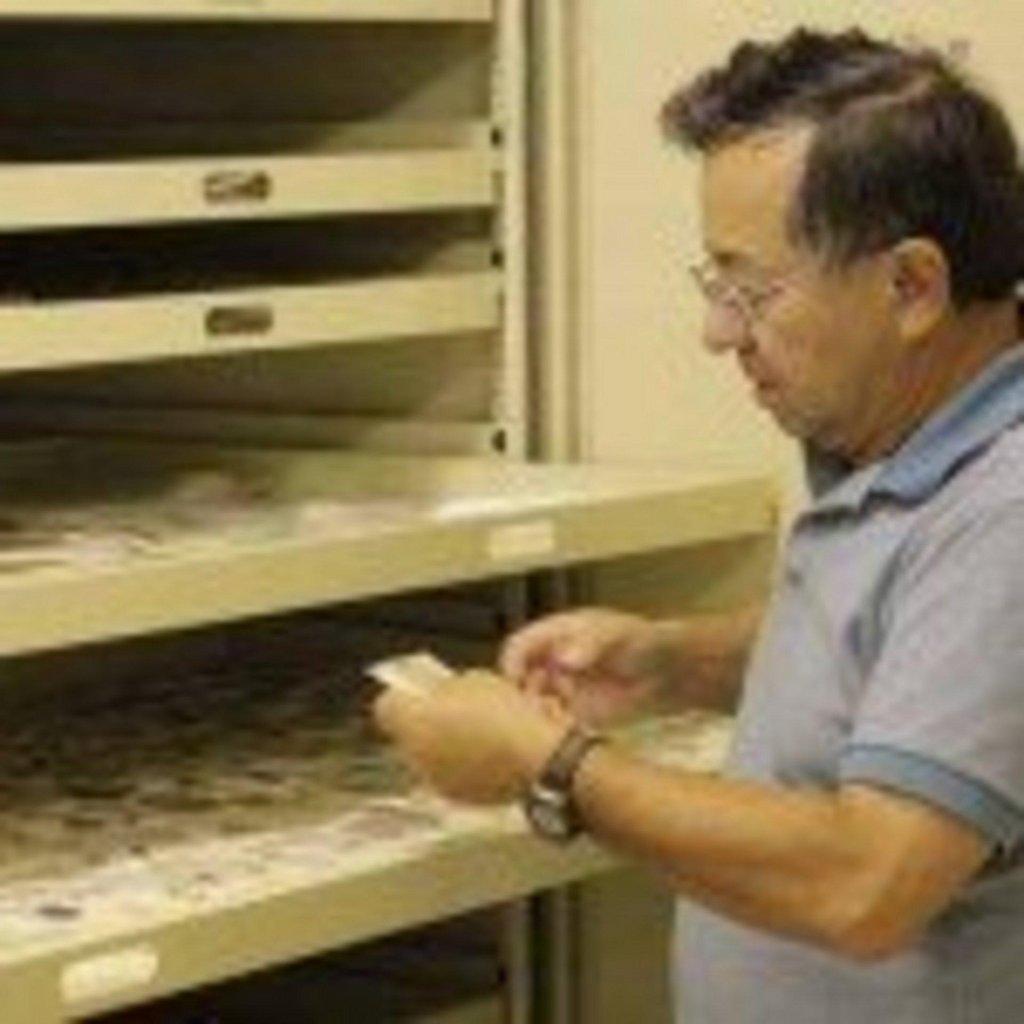 Carpenter looks over some of the vast collection 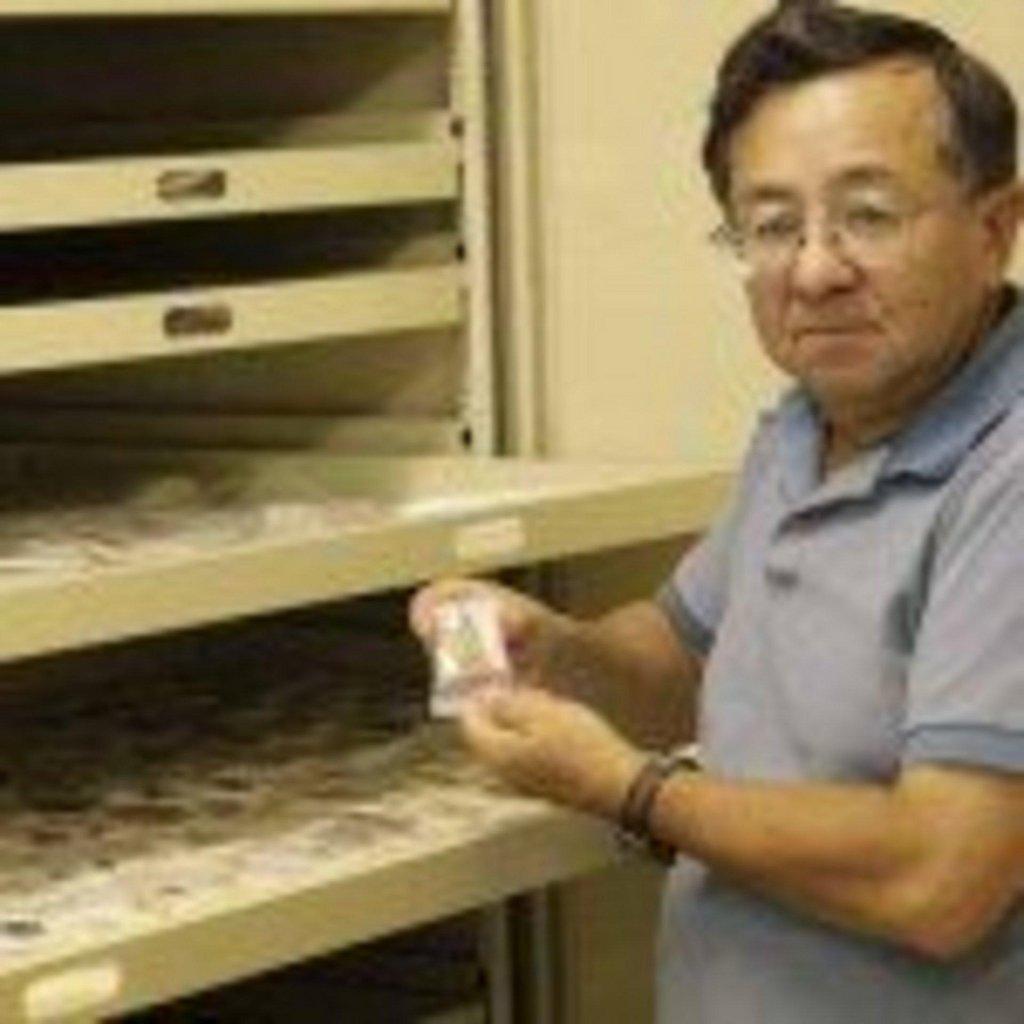 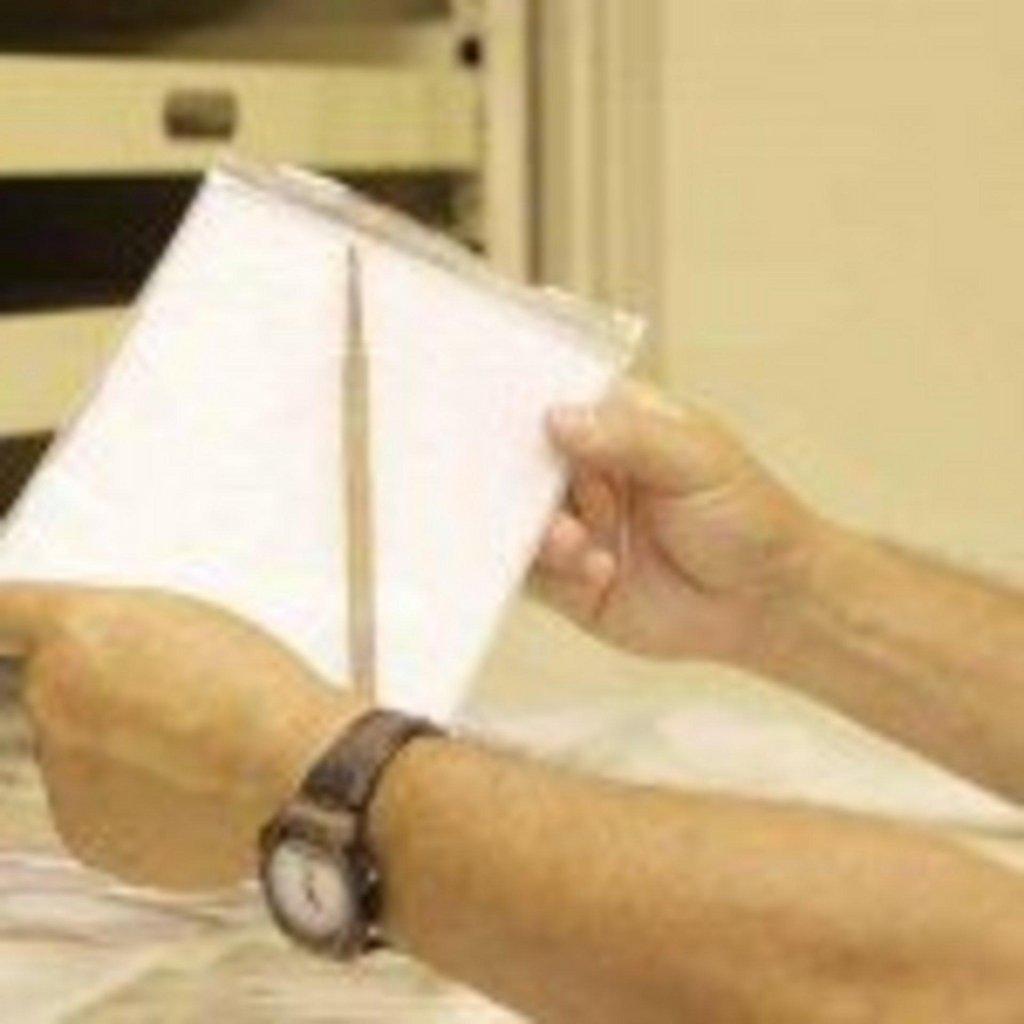 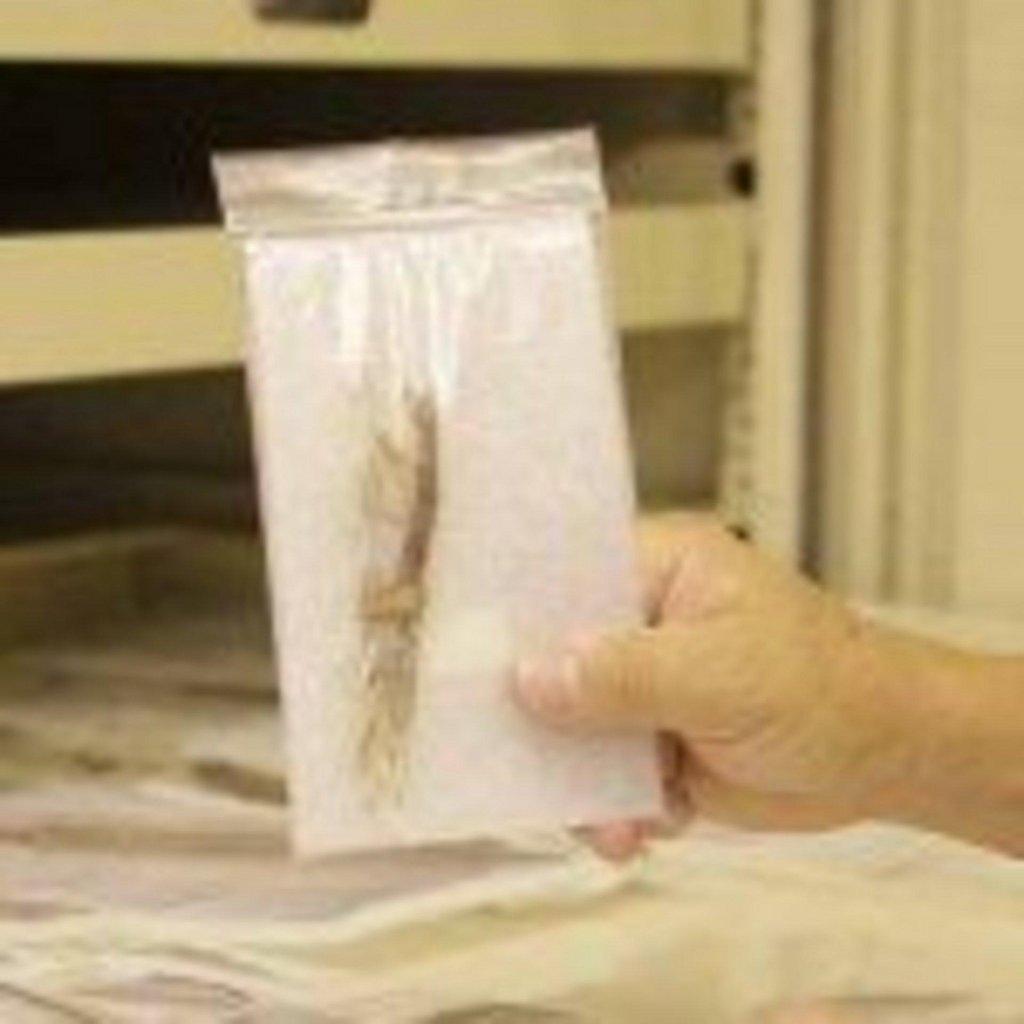 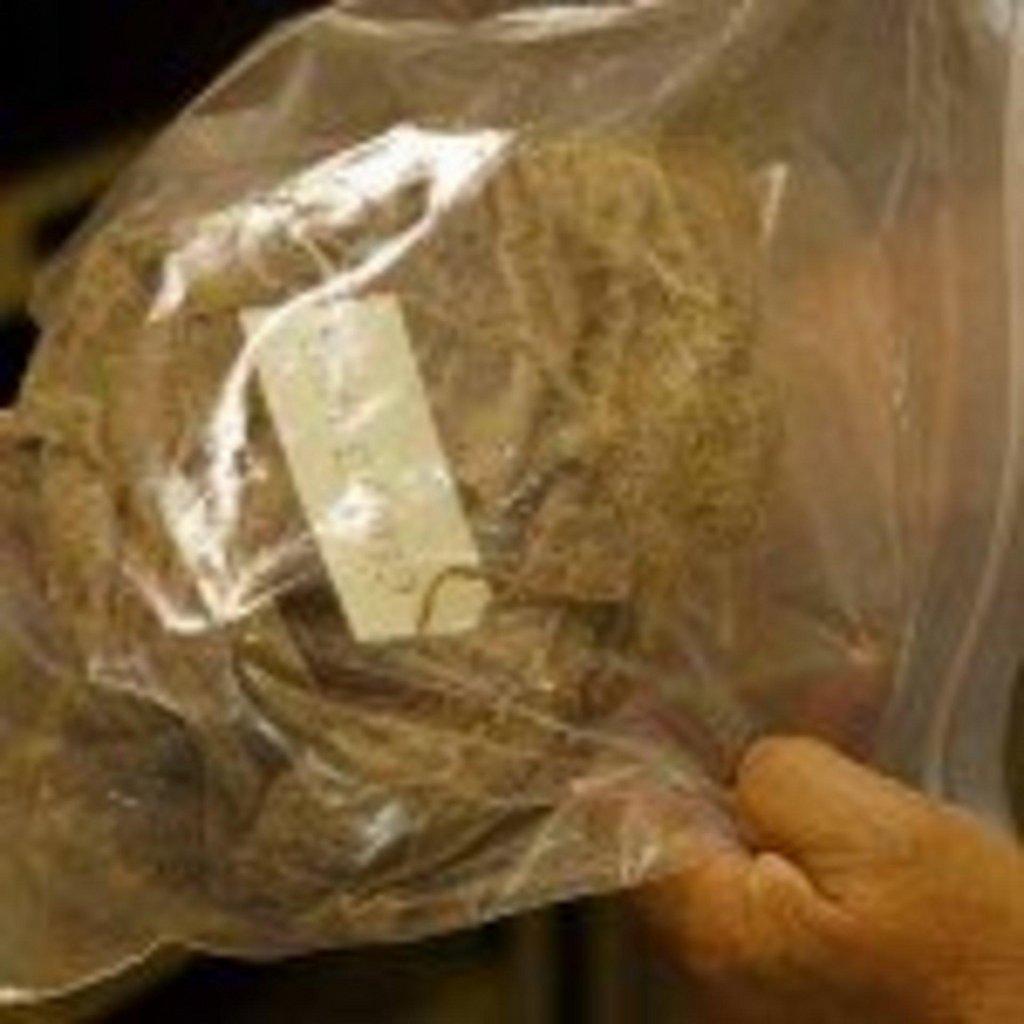 A moccasin found is waiting for more study 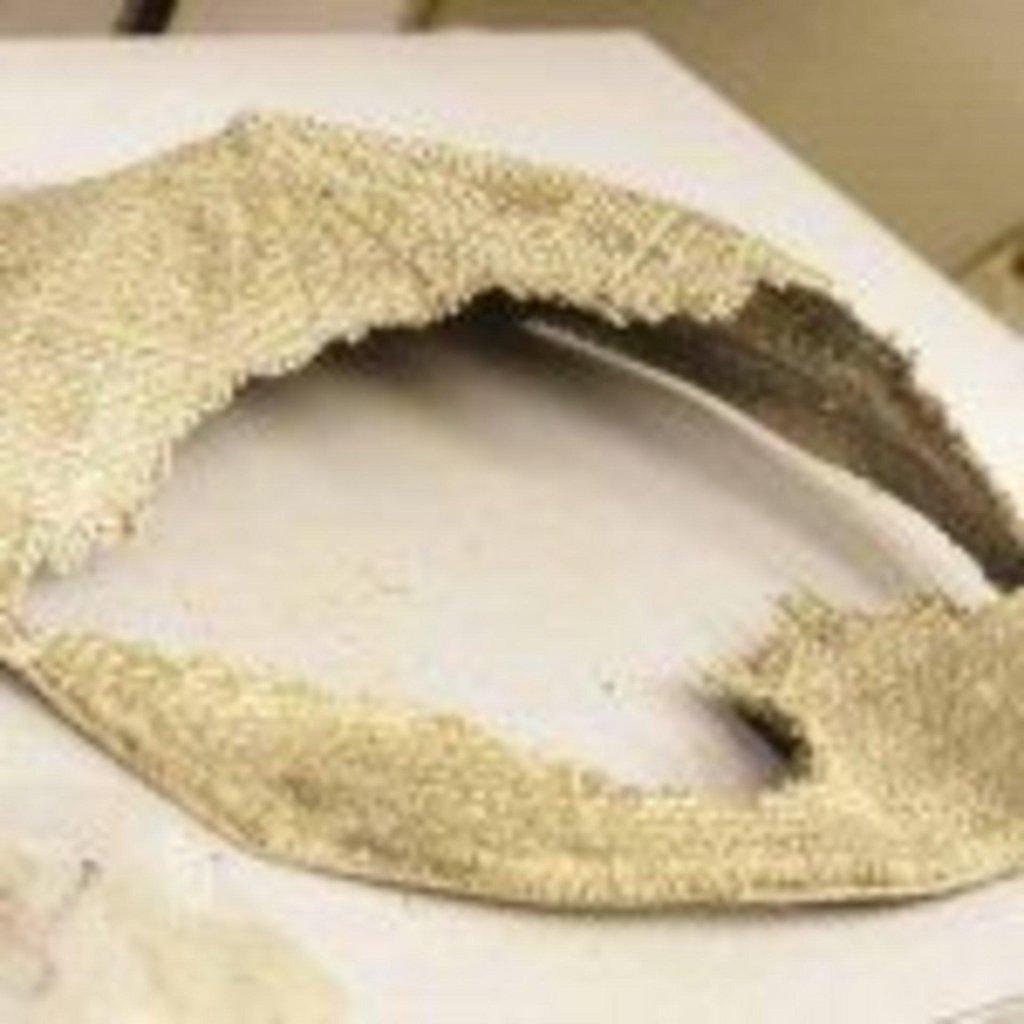 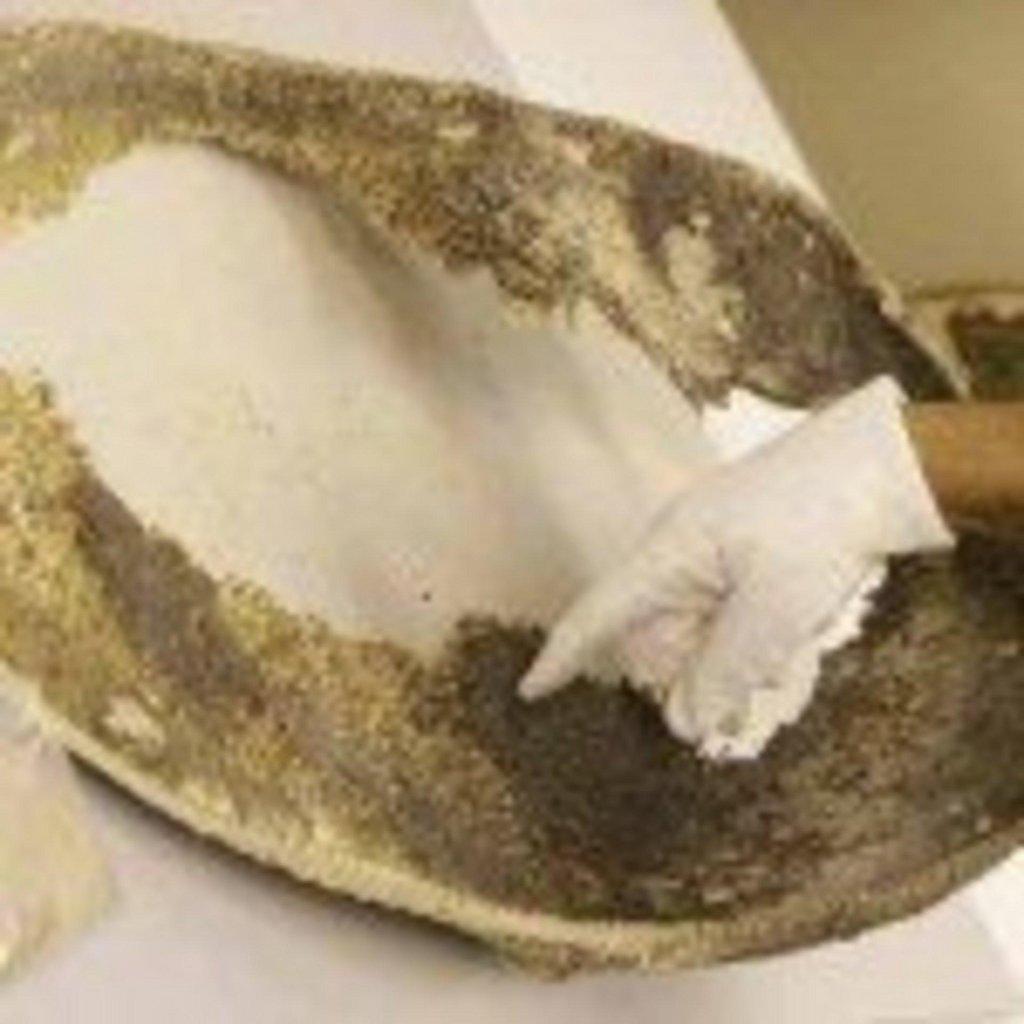 This is a recently discovered parching basket. Because of the exceptionally dry climate, artifacts like this are perserved for hundreds of years 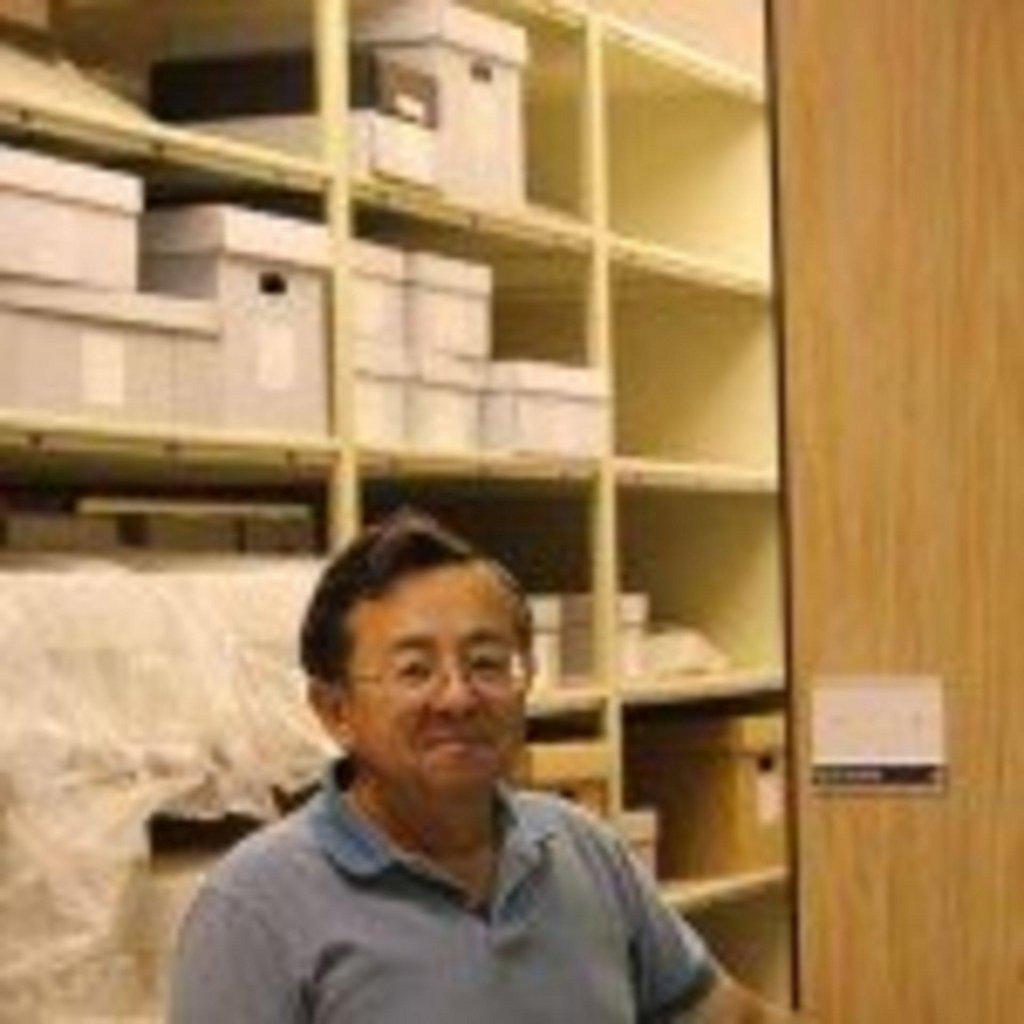 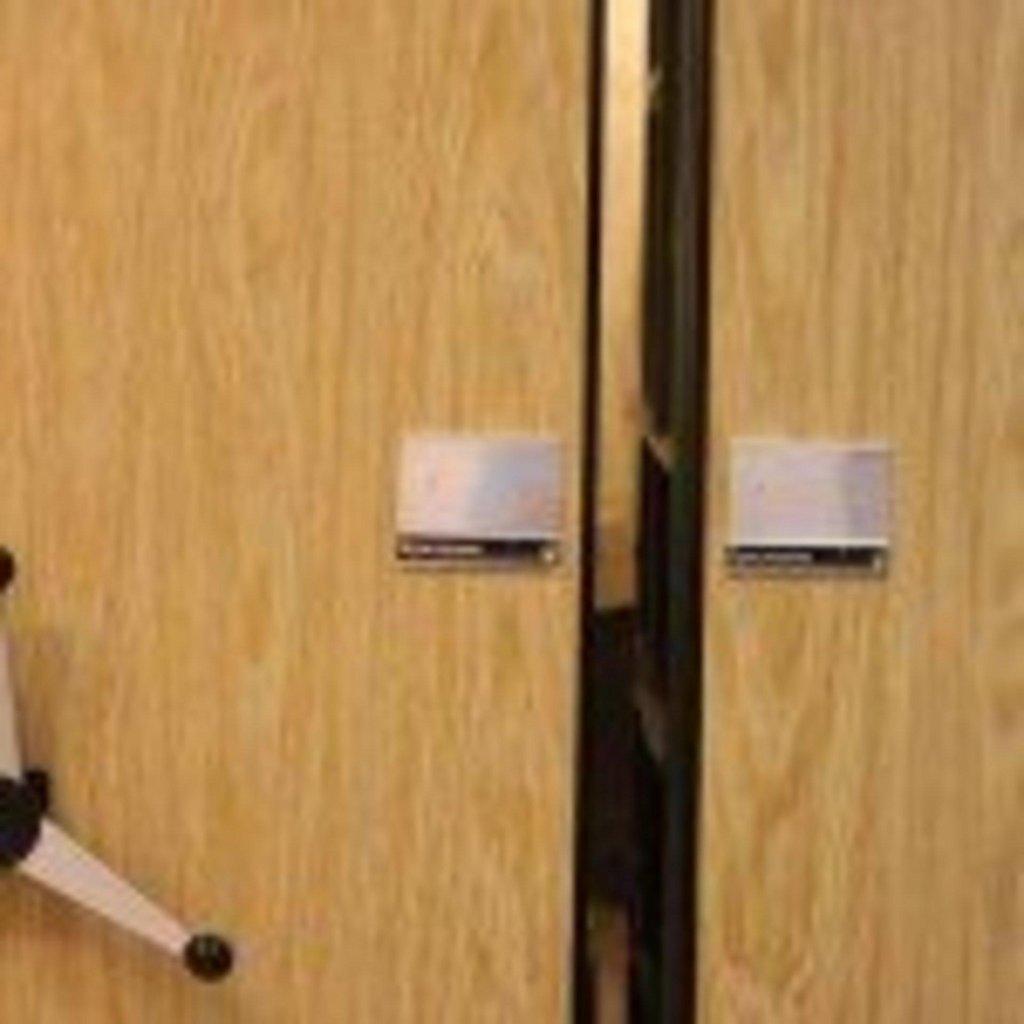 The rolling racks can move within inches of each other and will be similar to the system that Carpenter envisions at the new facility. 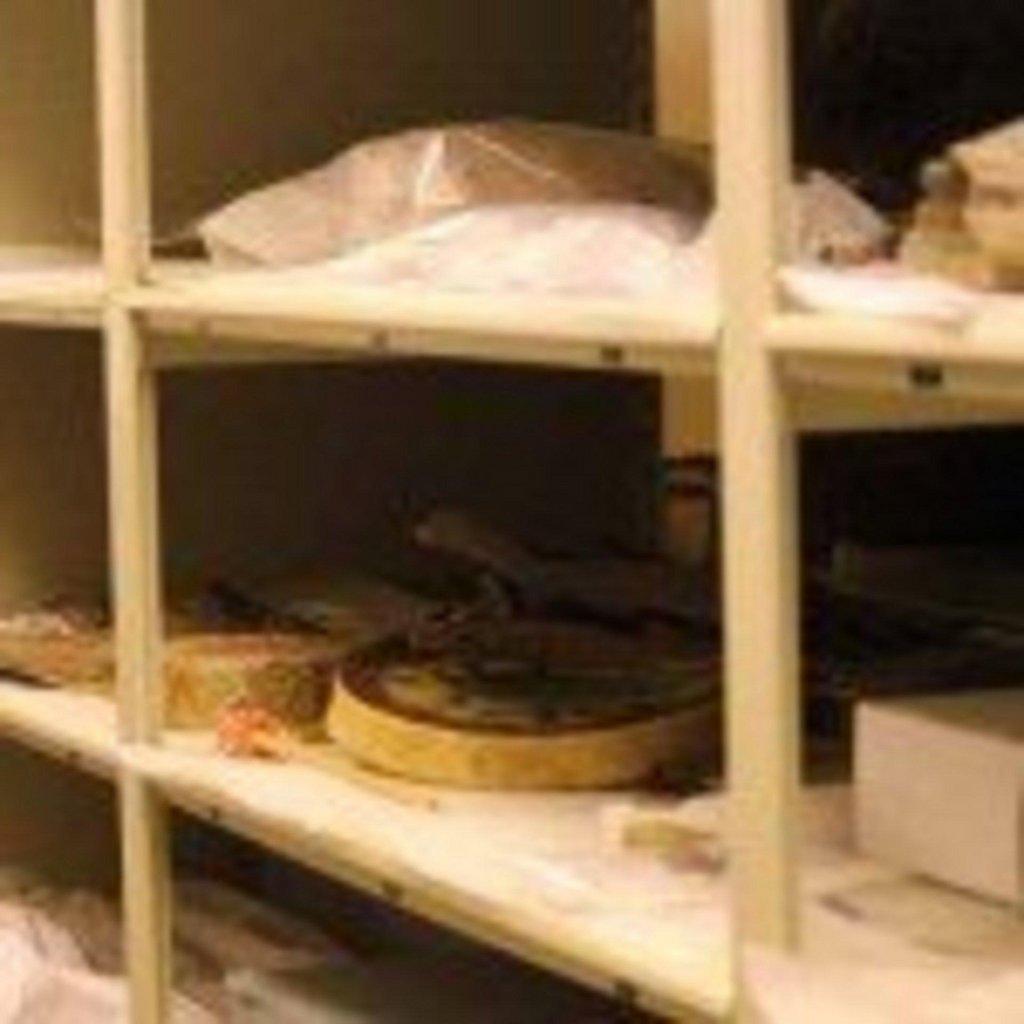 Many items are housed in the back room of the current museum. They are available for research and study.