David Emery was sworn in as a new council member for Huntington City on Wednesday evening.

After the unexpected passing of Joe Ward in early March, Huntington City began the process of selecting another council member. Four citizens applied and were screened before being interviewed by the council, upon which time Emery was chosen. Emery had been serving on the planning and zoning board for the city previously.

Huntington City Mayor Leonard Norton commended Ward for the job he had done on the council. Norton explained that Ward had worked hard at the cemetery and was responsible with his position on the council. He also stated that he was also a wonderful friend and would be greatly missed.

Ward was a lifelong resident of Emery County and had a love of old cars, adventures on the desert and, most of all, his family.

Also during the meeting, a public budget hearing was hosted but there were no comments, enabling the council to enact the budget. The Justice Subdivision on 400 East has met the planning and zoning requirements and received permission from the council to move forward. 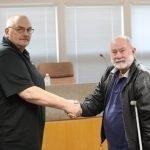 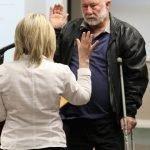