Gary Sonntag, Price City Public Works Director, was presented the Miners Memorial Award at the Price City Council meeting on Wednesday evening for donating so much of his time and helping with the miner project. Committee members from the Miners Memorial project presented the award to him. They praised Sonntag for his outstanding, successful job at completing his part in the project.

A public hearing was then opened up to hear public opinion on a potential contribution of the proceeds from the International Days Golf Tournament to local charitable groups and entities. The idea is to donate the money until none is left. No positive or negative public comments were made on the matter.

Each group was grateful for the donation they received. 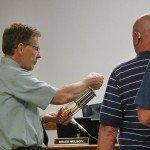 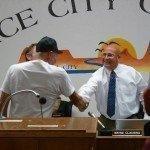 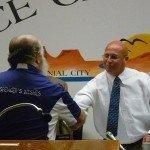 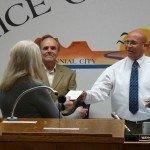 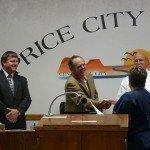 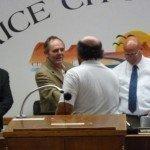