On May 1, 2013, Huntington Elementary set a goal for the students to read for 1,000,000 minutes by May 1, 2014. If they were able to reach their goal, principal Garth Johnson would have his head shaved in front of the entire school.

On March 3, the students exceeded their goal by 44,084 minutes. Mrs. Shellet Rowley’s 3rd grade class came in first place with a total of 151,840 minutes.

To honor the students’ achievement, there was an assembly held for them to witness Mr. Johnson’s shaving. Mrs. Rowley received the honor of the first swipe with the razor. As the students watched and chanted “shave him bald,” former student Alyssa Cox Truman shaved principal Johnson’s head.

The school had several more functions on their calendar to honor the students for reaching and surpassing their goal. 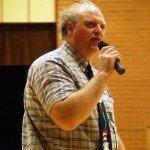 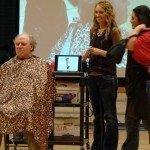 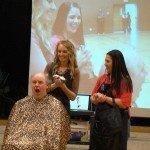 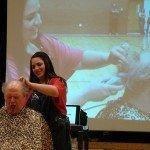 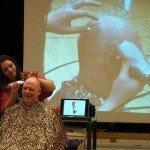 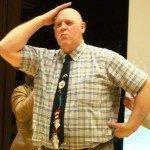