Many little boys’ dreams consist of playing in the NBA, MLB or NFL. For Carbon County resident Jordan Blanc, it was definitely the first thing for which he can remember aspiring. His parents have always told him that from the minute he could walk, he was throwing balls, running and jumping.

Blanc said he was so into sports from an early age that he had the football passing tree memorized by the time he was three years old. Every fiber of his being was directed towards sports and a long career playing them.

But instead of being interviewed after a grueling football or basketball practice at a division one school, Blanc was sitting at the USU Eastern BDAC as just another student in between classes. Injuries to his right knee have forced him to make the decision to head in a different direction than he had once planned. Blanc says he still thinks about what might have been and despite the fact that his long standing dreams of an athletic career have ended, he is remarkably at peace with life.

Blanc was once a shining star in almost every sport he played. He excelled in baseball and was part of the Carbon team that won the WBBA Little League World Series. In his junior high days he not only was a leading scorer for the Mont Harmon Basketball squad, but played on an AAU traveling team that toured the country. He was also a force on the football field and a power on the track oval.

The traveling team opened his eyes to the hard work involved with taking his game to the next level and he was willing to do what it took. Four practices a day were the norm. He set a goal with his father and they hit the gym together every morning. His philosophy quickly became first in and last out for every practice.

Though he came from a family that is highly involved in sports, Blanc says he never felt pushed or pressured. His mom, Rachelle, was and still is his biggest support. She knew how much he wanted to be the best and was there to motivate him when he wavered, but also there to cheer him on when he succeeded.

He headed into his freshman year, not knowing that he would face an injury that would be the beginning of life changing events. He was leading the team in running yards when late in the season he was hit and went down with a knee injury. He had surgery shortly after and was convinced that if he worked hard enough, he could put it all behind him.

He admits the day after his first surgery was one of the hardest days of his life. Still sick from the anesthesia, he was wheeled into physical therapy to begin the long process of healing. He faced five-ten hours of workouts every day because he wanted to come back stronger than before. It was both mentally and physically demanding. He missed all of basketball season and did not participate in track that school year but his goal was to return to football for his sophomore year.

Blanc explained that he and his dad, Carbon High Football Coach Jeff Blanc, did not see eye to eye on whether he should play again. Jordan was not to be swayed and his mother was there to help them make the call on his return to the gridiron. Even with his dad as his coach, he said they always knew when they were coach and player and when they were dad and son. Blanc said that on the field or watching game films it was “Yes Coach!” but if he needed a hug after a bad game, it was his dad standing there with his arms out.

With schools like BYU, Utah State and others calling him about signing with them, he was in seventh heaven. “This is how I wanted high school to be,” he said.

But again fate took a turn away from that dream in an away game against Emery High. A clean hit knocked one of Carbon’s players into Blanc, which caused his knee to completely dislocate. On the field it looked like every large bone in his leg was broken. He was rushed by ambulance to the hospital in a soft aircast. The aircast helped pop the leg back into place and he was released from the hospital. Convinced he could settle for rehab, Blanc looked forward to basketball season. However, his knee was more damaged than originally thought and surgery was the answer yet again.

Blanc explained, “They told me I would be fixed and ready to play in about two weeks, but when I woke up after surgery my parents were crying.”

Much more extensive repairs had been done and the rehab was intense. Still he dreamed of healing and playing again and pushed his workouts to the extreme. Blanc had many doubters that felt he was washed up but he was out to prove them wrong.

By his junior year, Blanc was running track with a knee brace. He decided it was slowing him down and decided to take it off. He then placed second in the region for the 100 meter and improved his time to 11.2. At state he was competing against the fastest runners in Utah and had a decent showing. His new goal was the be the track state champ in his senior year.

It was all coming together for him. Life was heading in the direction he wanted and his hard work was paying off. He worked hard all summer and took ice baths to keep down the swelling in his knee. He also held a job so he could pay for his sport camps.

“I was in the best shape of my life,” he admitted.

He did not play football the following year and instead prepared for basketball and was looking forward to a record-breaking year in track. The college offers began coming in again. This time it was for schools like SUU and Iowa.

Midway through the basketball season, Blanc knocked knees with a teammate as they scrambled for a ball. He heard the familiar “pop” that signaled knee problems. He tried to pass it off and finish the game against Delta, but later he bumped it again and it locked up. Another trip to the operating room and another setback proved that this would not be an easy recover. This time he was devastated mentally. The track record he had dreamed about would not happen. Colleges stopped calling. He would not run for a touchdown on the field in front of a cheering university crowd. The NBA would never become be a possibility.

Then he got one last call. He was invited to try to play for USU Eastern’s men’s basketball team. Blanc was willing to try one last time, but the ice was not helping. He worried each time he made a cut that the knee would not hold. Some days he could not give it 100% and that was what bothered him the most. It was time to hang it up. But he did not mope this time, but looked ahead to a new and exciting time ahead.

“I proved that I could come back and hang with the level of athletes that play at USU Eastern. I have no regrets.” explained Blanc.

Blanc is thinking about coaching or a career in physical therapy in the future. He understands that this means getting excellent grades and refocusing his drive in a new direction, which makes him glad that he always put his studies in perspective throughout high school. Always a top student and athlete, now Blanc is looking forward to being just a great student and sees a happy, healthy future in store.

Blanc felt he learned a lot through his sports, especially leadership. “I always want to lead with both my actions and my words. That’s how I played and how I see that I can help others now.” 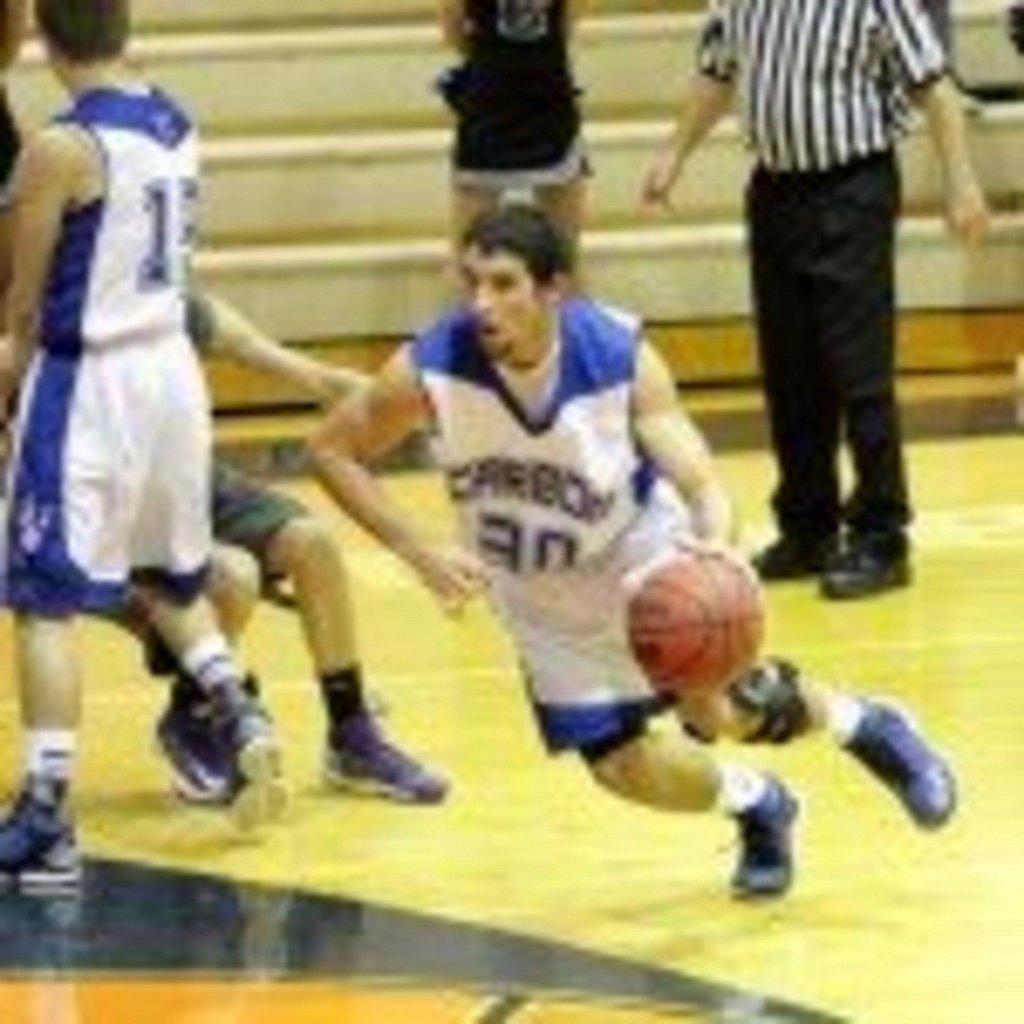 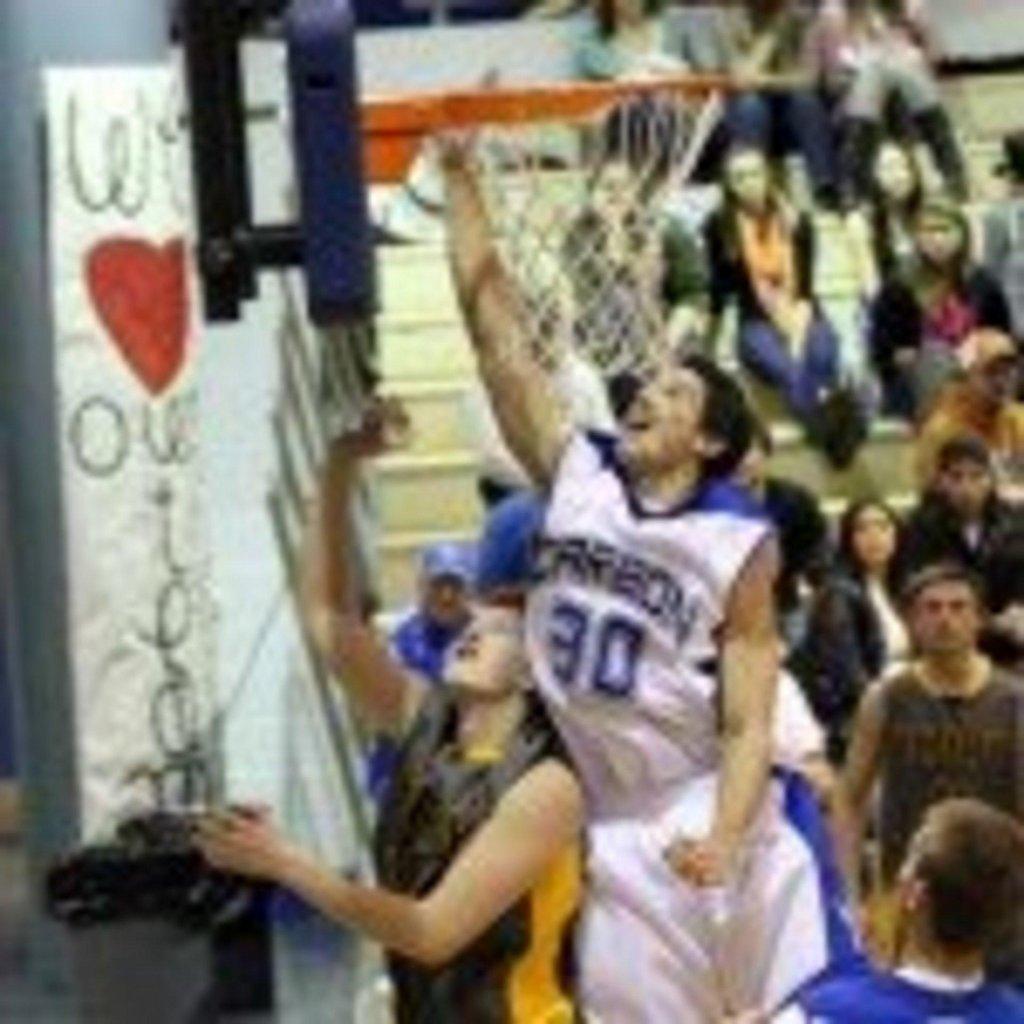 Basketball was one game he was hoping to be playing at the college level. 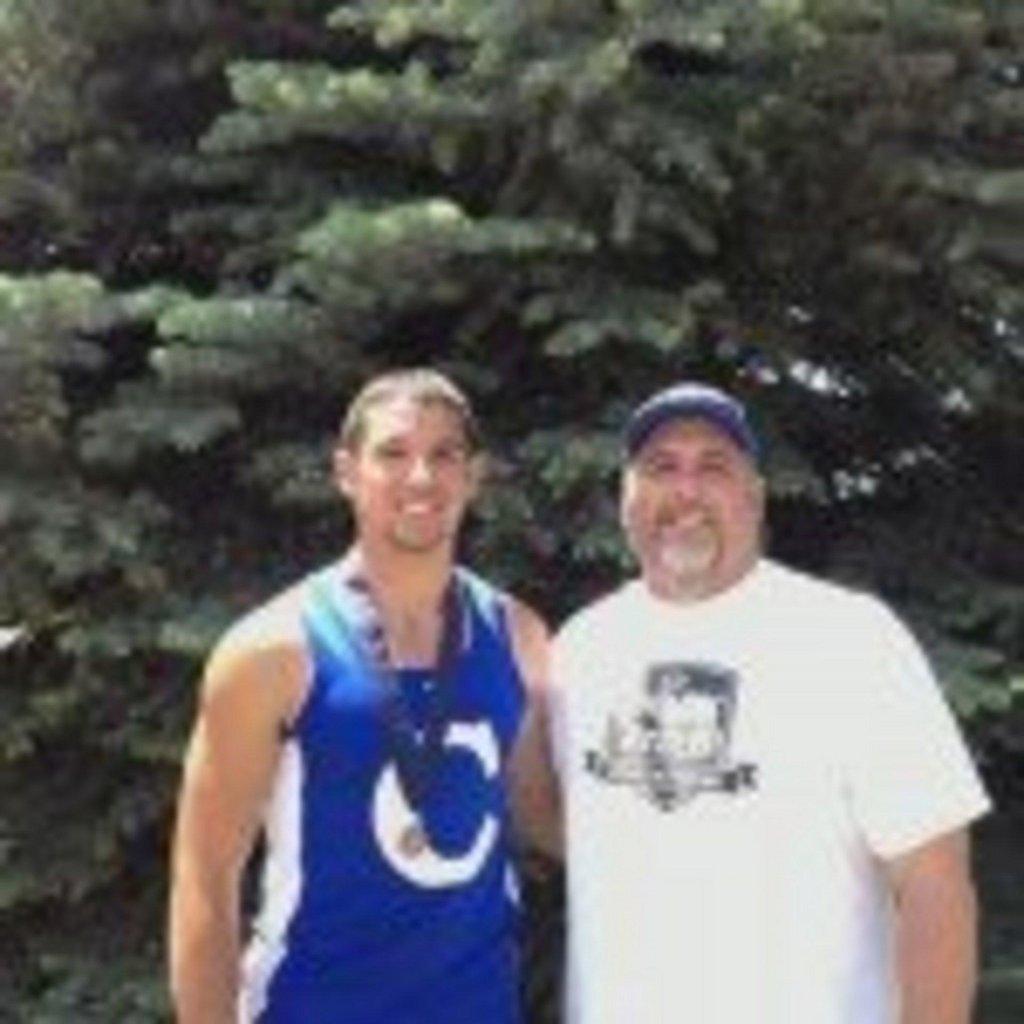 His dad has been his coach and workout partner, but most importantly his dad 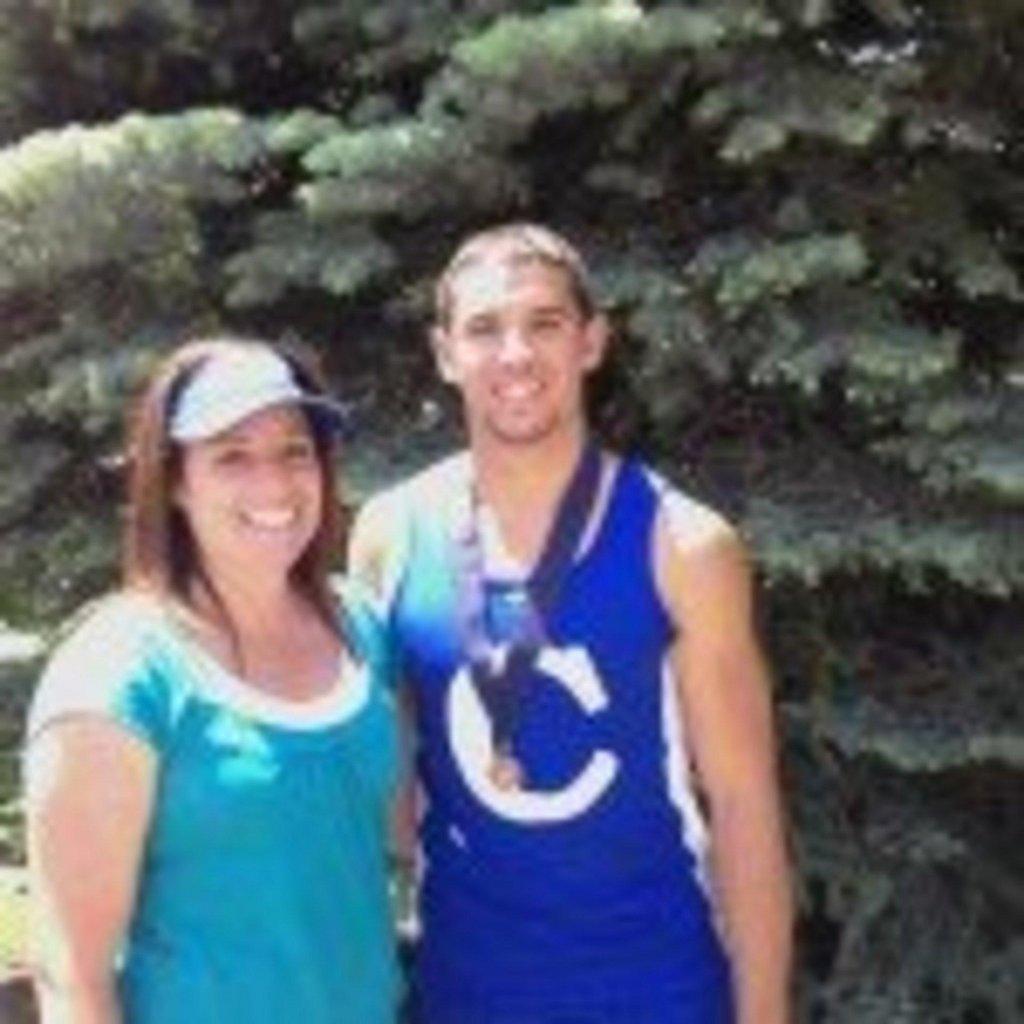 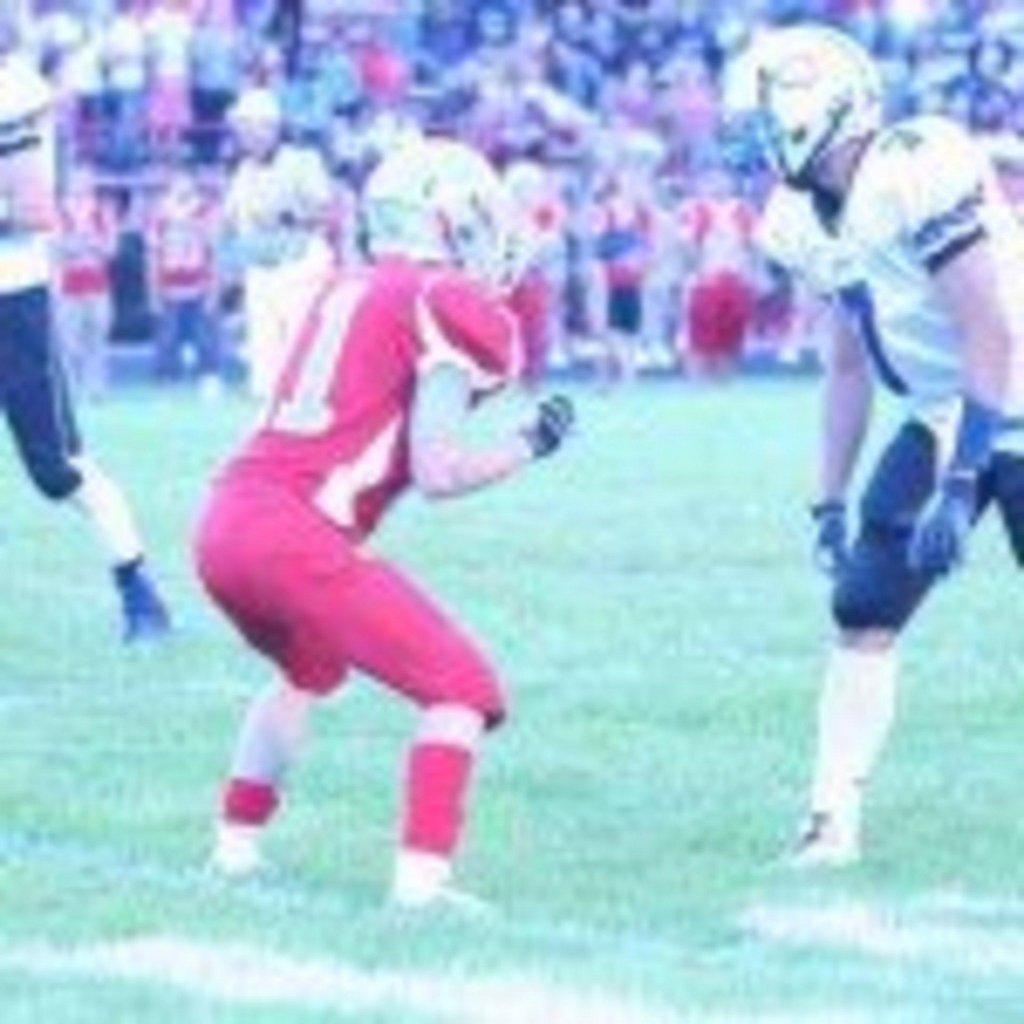 Blanc on the gridiron