Thursday afternoon, at approximately 2:50 p.m., Price City officials were dispatched to 100 North near the Super Sudsy Car Wash following an accident which resulted in an individual being transported to Castleview Hospital.

A 38-year old female, traveling Eastbound on 100 North, reportedly veered off the road and struck a power pole, snapping it, according to information from the Price City Police Department.

The vehicle continued to travel forward until hitting the final bay of the car wash on the driver’s side of the vehicle, causing damage to the bay’s foundation and wall as well. The vehicle, which was totaled, then came to rest inside the bay.

The driver of the vehicle, and its sole passenger, was transported to Castleview hospital via ambulance following the accident. The exact cause of the accident and the extent of sustained injuries is not exactly known at this time.

Rocky Mountain Power replaced the power pole, which constituted a power outage for several residents of Price at the time. 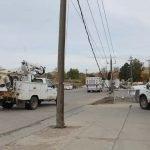 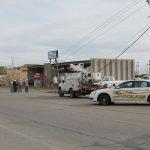 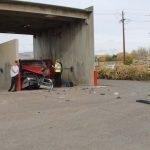 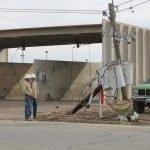