Addiction affects everyone. From individuals to households, schools to communities, drugs and alcohol addiction will impact everyone’s life in some way. As a community, residents from both Carbon and Emery counties continue to watch as loved ones dwindle down the path of self destruction.

The Student Health and Risk Prevention (SHARP) statewide survey administered to students in grades 6, 8, 10 and 12, uncovered staggering numbers of teenagers who suffer from some form of addiction. According to the survey, 11.3% of sixth graders questioned admitted to consuming alcohol. This number is down 2% from a similar survey conducted in 2009 however, local sixth grade student’s alcohol consumption is nearly 5% higher than the current state average.

The SHARP survey also indicates that overall, 12.4% of adolescents in this age group admit to riding in a vehicle driven by someone who has been drinking alcohol. Even more alarming is the fact that 53.8% of local teenagers surveyed admit to receiving alcohol from someone they know who is 21 years of age or older. These numbers indicate the important role that adults play in a child’s life.

Although alcohol appears to be the most abused substance by local youth, drugs are also being abused by adolescents. The SHARP survey points to several different drugs that appear to be running wild throughout the Carbon and Emery communities.

Marijuana tops the list of drugs used by local teens. According to survey results, 13.7% of youth grades 6-12 admit to using marijuana continuously. This number is significantly higher than the state average which sits at 10.5%. Inhalants, prescription drugs, hallucinogens, methamphetamine, cocaine and heroin are all being used by local teenagers and at rates significantly higher than the current state average.

So how does a community band together to fight addiction and prevent teenagers from becoming trapped in the cycle of alcohol and drug abuse? This is a question that does not have specific answers however, one thing is clear, adults need to do their part and not turn a blind eye towards the problem.

Recently, an addiction awareness event was conducted in Price. The main focus of the event was to raise awareness and provide residents who suffer or have overcome addiction the chance to celebrate a new beginning. Those in attendance were given the opportunity to speak publicly about their personal experiences.

Four Corners provides counseling and serves as an outsource agency for anyone who suffers from addiction. Staff at Four Corners can refer clients to treatment facilities, outside counselors, medical providers and support groups. Anyone who is looking for a place to start in the fight to overcome addiction will find the mental health agency as a good place to begin. 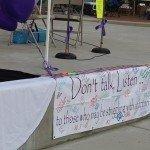 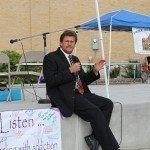 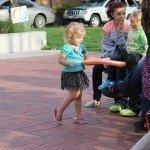 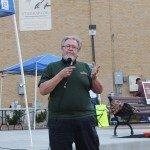 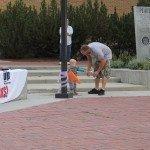 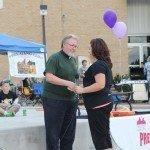 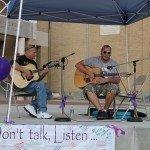