Benji Backer, 22-year-old President and Founder of the American Conservation Coalition, has nearly completed a 50-day, coast-to-coast trip to visit many different cities and towns to discuss all things regarding environmental impact.

Backer made a point to visit all types of areas, ranging from rural to urban and every region from coast to coast. At the end of October, Backer was in Utah, spending time with Congressman John Curtis to visit his district and other parts of the state.

While spending time with Congressman Curtis, Backer stated that he learned about the environmental parts of the district and how the congressman works to stand up for his people. He remarked that the congressman was an incredibly gracious host.

Backer’s team and Congressman Curtis traveled throughout Utah, even touching down in Emery County to meet with the commissioners and talk with them about the coal power plants, how they are working to move forward on sustainability and the impact on the coal industry.

While touring the state, Congressman Curtis and Backer went on a hike, which he credited as one of his favorite parts. He stated that the congressman is inspiring as he puts his people first and Backer was able to see individuals be very receptive of him. Backer remarked that it was eye-opening to see a man in the congressman’s seat willing to take a hike or two over a couple of days and introduce Backer to the people in the district that need help and want to have their stories heard.

The American Conservation Coalition was founded in 2017 and now has 220 college campus chapters and branches for non-college students. This tour of the states came to light as the coalition thought of what to do during the COVID-19 pandemic as well as the election, which are two polarizing issues.

While it is true that meetings with the legislature and other actions are not easy to partake in during the pandemic, the coalition still wished to get out and hear rural and urban stories. From there, they began fundraising and took a Tesla across the country to showcase the stories and provide hope and inspiration while also highlighting the need to elevate climate change awareness and start representing those that need it most.

Backer stated that it has been an incredibly inspiring trip that came full circle. Regardless of the location, whether it is Emery County in Utah or New York, he realized that people wish to help protect their environment in all different areas and, when they are equipped to do so, will protect and put it first.

Backer grew up a conservative political activist from the age of 10 and has not changed. He has been a big believer in fiscal conservatism, individual responsibility and freedom. Backer grew up loving nature due to time spent in the mountains and his local forest. He stated that he always cared about the environment and struggled that it was so partisan with both sides not working across the aisle to fix the problem due to not having common sense solutions.

With this in mind, Backer wished to build a grassroots community of individuals that believe in innovation, technology and marketing to have environmental change. He stressed that there is a need for people from all over the spectrum to be a part of the discussion.

Backer said that one reason climate change is polarized is due to so many communities that have been left behind. As he met with people in rural Utah, it was eye-opening for Backer that what the citizens want is to take care of the environment, yet nobody equips them with the necessary resources.

Backer believes that communities such as Emery and Carbon counties being left behind is something that must not happen anymore and that it was fundamentally wrong.

“These communities need to be a part of the solution,” Backer stated.

This trip, according to Backer, will do much for society as it will help with policies at national and state levels. Already, connections have been made between different businesses and elected officials to one another and the coalition will continue to push out content. A documentary series is in the works about the trip as well. For more information about the American Conservation Coalition, click here. 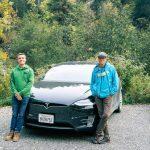 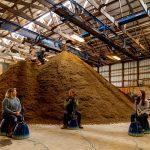 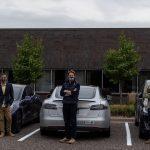 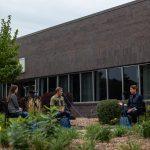 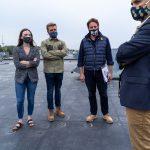 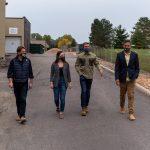 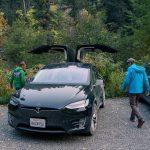 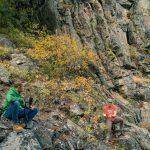