The American Legion Post 3 invited the community to a Flag Day retirement ceremony on Tuesday afternoon.

David Jelin, American Legion Post 3 Commander, explained that they would look at each flag that they had present and first determine whether or not they were serviceable. If not, they would respectfully retire the flag. Before this, Commander Jelin read from William Tyler Page’s American Creed and gave a brief history of the American flag.

Page’s creed was as follows: I believe in the United States of America as a government of the people, by the people, for the people; whose just powers are derived from the consent of the governed, a democracy in a republic, a sovereign Nation of many sovereign States; a perfect union, one and inseparable; established upon those principles of freedom, equality, justice, and humanity for which American patriots sacrificed their lives and fortunes. I therefore believe it is my duty to my country to love it, to support its Constitution, to obey its laws, to respect its flag, and to defend it against all enemies.

Commander Jelin then informed the crowd that the United States flag is the third oldest of the national standards of the world, older than the Union Jack of Britain or the Tri-Colors of France.

The flag was first authorized by congress on June 14, 1777. This date is now observed as Flag Day throughout America, celebrated and recognized. It was declared that there should be a star and stripe for each state from the original 13 colonies.

Commander Jelin also explained the colors of the flag. Red is for valor, zeal and fervency, while white is for hope, purity and cleanliness of life. The rectitude of conduct, the blue, is the color of heaven for reverence to God, loyalty, sincerity, justice and truth. Following this explanation, a flag was presented, deemed unserviceable and retired.

The post invited the community to remain for the retirement of the flags and to also bring any flag that may have needed retiring to the ceremony. 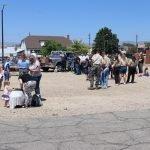 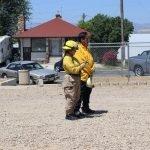 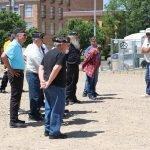 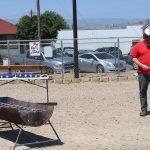 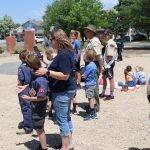 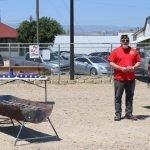 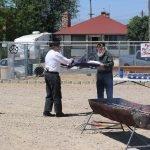 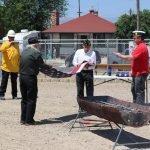 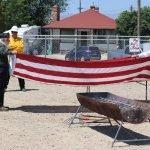 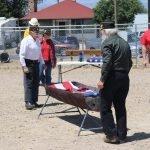 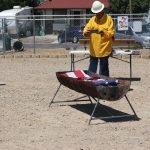 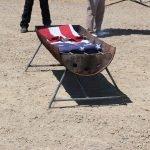 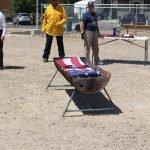 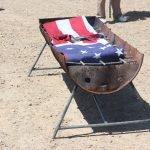