Boys and Girls Club of Carbon County Founder and Board President. Kitchen designer, building specialist and bookkeeper at Sutherlands. Entrepreneur. Price City Parade Coordinator. Castle Valley Community Theater member. While these titles and responsibilities are impressive, there is one that is even more important to Megan Marshall: Mom.

A mother of a baby girl and a 7-year-old step son, Marshall has her hands full between parenting and work. However, that doesn’t stop here from going above and beyond to improve the community.

Six years ago, Marshall founded the Boys and Girls Club of Carbon County. As a long time “club kid”, she knew that she wanted to provide children in the area with a fun and safe place to go after school to make friends, receive homework help and have access to opportunities that they wouldn’t otherwise.

“I always told myself if I was in the position to start a Boys and Girls Club, I would,” Marshall explained. The club started in a classroom at Mont Harmon Junior High. Last year, it was moved to its own facility on 200 East in Price. But with the building secured, Marshall explained that the bills have just begun.

“Now, we have a mortgage, utilities and everything else to pay for,” she said. “That is why we host so many fundraisers. The bills never stop.”

Last week, the club hosted a dodgeball tournament to raise funds for the club. On May 17, the Stokin’ The Fire! Outdoor Cooking Competition will take place at Tony Basso RV/ATV.

Opening the email, Marshall discovered that the Boys and Girls Club had teamed up with the University of Phoenix to offer a full ride scholarship to three inspirational moms in America. The winners would receive a four year scholarship, national recognition for the winners’ local Boys and Girls Club and a handful of TV, radio and newspaper interviews.

“You see these things on TV all the time, you never think you are going to win,” Marshall admitted. “But I thought, ‘Heck, I will write a couple essays and try it.'”

Two essays and an application later, Marshall received an email stating that after narrowing down applications, she had made it to the top 15.

“I couldn’t believe it,” she said. “The top fifteen? I was amazed.”

Shortly after, while feeding her daughter on a seemingly normal day, Marshall received a call from the scholarship coordinators. They informed her that she had won one of the three awards for being America’s most inspirational mom.

“I was uncharacteristically speechless,” Marshall explained. “I was so excited. All I could think is all of the coverage our club was going to get.”

Now, Marshall is enrolled at the University of Phoenix. She will take classes online to obtain her masters degree in business management with a concentration in finance. While she works for her degree, Marshall has big plans to make Carbon County an even better place for youth to grow, learn and stay on track.

“I have watched too many people go down the wrong road,” she said. “The club kept me out of trouble every single day and I give them credit for the biggest portion of who I am today. However, I have plans for activities that expand past the club.”

While her projects are under wraps for now, the Boys and Girls Club of America and University of Phoenix were inspired by her ideas to improve the community with help from her desired degree.

For the time being, Marshall is enjoying her time influencing not only her own children, but youth throughout the community. She is showing her children that no matter how busy someone is or how many responsibilities they have, there is always time to learn. Next week, she is visiting the Boys and Girls Club of Carbon County to teach members glass etching, showing them that hobbies don’t have to revolve around TV and video games.

“I want kids to know that just because you are from Price, doesn’t mean that you can’t go out and do these amazing things,” Marshall concluded. 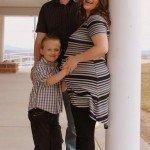 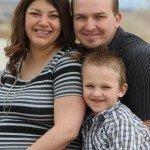