On Feb. 10, agents from the Carbon Metro Drug Task Force, assisted by officers from the Price City Police Department and deputies from the Carbon County Sheriff’s Office, served a search warrant at 741 North 300 East in Price.

Andrew Bruce Dunegan, 32, and Rachel Marie Daughters, 32, both from Price, were arrested and charged with possession with intent to distribute prescription medications. Dozens of prescription pills and an undisclosed amount of cash were seized from the duo.

Dunegan and Daughters reportedly cooperated with agents. They allegedly have been selling prescription medications on consignment for over a year. They reportedly would sell approximately a hundred pills per month for about $25 to $30 per pill.

Agents will continue to investigate the case. Charges will be sent to the Carbon County Attorney’s Office for formal screening.

The alleged source of the pills Dunegan and Daughters were selling came from a husband and wife team in their 50s, from Price, and a Helper woman, in her 70’s, who allegedly was stealing pills from her roommate and in turn providing them to Dunegan and Daughters. The county attorney is reviewing potential charges against these people.

The agents indicated anonymous tips played a significant role in this investigation. Citizens are reminded they can call in anonymous information on the Carbon Metro Drug Task Force phone line at 637-TIPS (637-8477). 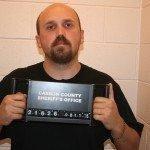 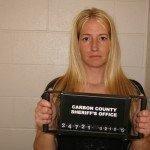