ECSO dispatch received a call on Sunday evening reporting that a member of a group hiking Zero Gravity on the San Rafael Desert needed assistance. The man was suspended in a narrow portion of the slot canyon, wedged tightly between the canyon walls.

ECSO personnel and Emery County Search and Rescue responded with their rope rescue gear. The State DPS helicopter was dispatched from Salt Lake as well as the Classic Air medical helicopter from Moab.

While rescuers were enroute, members of the hiking group rigged up a web for the man to push his feet against in an attempt to relieve some pressure on his torso. The DPS helicopter transported Emery County rescuers to the scene.

The man was then evaluated by medical personnel from Classic Air and transported by helicopter to the trailhead.

By the time rescuers were able to pull the man up out of the slot canyon, he had been suspended for around eight hours and was in danger of suspension trauma.

This is a good time to remind people who plan on exploring the San Rafael Desert to research the area you are visiting so you can be aware of any restrictions or technical expertise required to safely maneuver the canyons. It is also a good time to let the public know that Emery County Search and Rescue, a volunteer organization, is holding their annual fundraiser, the San Rafael Classic Triathlon, on July 15 at Huntington State Park. Proceeds from the triathlon are used to purchase new search and rescue equipment. You can learn more about the triathlon by visiting www.sanrafaelclassic.com or visiting their Facebook page. 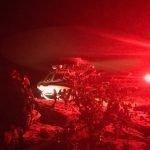 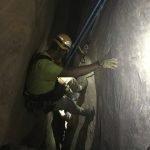 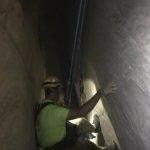