Caruthers spearheaded the food drive and received help from many vendors. Carbon County Sheriff Jeff Wood mentioned the drive on the radio to bring awareness, Soroptimist International Club donated a huge supply of food and there was a great donation from the Seventh District Court. There were donations from the Alamo Club and Four Corners as well.

The goal was 300 donated food items to the Boys & Girls Club. In all, 322 items were donated between Carbon and Emery counties. A female probationer put up flyers around town and passed them out as her success initiative. There were also two members from drug court, one from Carbon and one from Emery, that assisted.

“It was a nice project for me to do and felt food to give back to the community,” said Emery County drug court participant Levi Glazier.

“I want to say thanks to AP&P for helping me and letting me be a part of this,” said Carbon drug court participant Rodney Nay. “It helped with my service hours and felt great to give back.”

“It’s pretty overwhelming,” she said. “When she called, I expected a couple of boxes. Looking at this makes me emotional. It is sometimes hard to supply for the kids and this will make it a lot easier.” 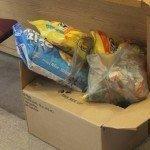 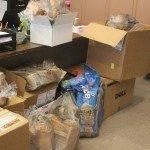 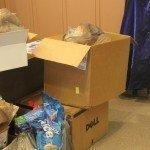 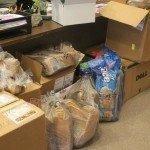 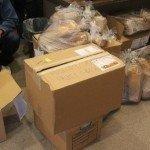 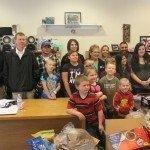