You can buy a general archery elk permit at www.wildlife.utah.gov, at DWR offices and from more than 300 hunting license agents across Utah.

What can hunters expect?

Anis Aoude, big game coordinator for the DWR, provides the following preview for each hunt:

Plenty of bull and cow elk will be available, but taking one with a bow and arrow can be a challenge — in 2010, only seven percent of the general archery elk hunters took an animal.

To increase your chance for success, Vance Mumford, a DWR biologist in southern Utah, encourages you to remember that elk are very mobile. вЂњOnce the hunt starts,вЂќ Mumford says, вЂњthe animals seem to know theyвЂ™re the focus of interest, and they seek areas where they will not be disturbed.вЂќ

To take an elk, Mumford says you should get away from roads and main trails.В  вЂњDuring the archery hunt,вЂќ he says, вЂњthe elk will seek out thick and out-of-the-way conifers and aspen stands where they feel secure and where they can escape the summer heat.вЂќ

вЂњEven though the state received a lot of snow,вЂќ Aoude says, вЂњtemperatures across most of Utah were mild enough that the snow melted quick on the lower elevation areas where the deer spend the winter.

вЂњMost of the fawns that were born in 2010 made it through the winter,вЂќ he says. вЂњThese deer will be available to hunters as yearling bucks this fall.вЂќ

Aoude says there are some exceptions, though — portions of the Cache unit in northern Utah, and units along the south slope of the Uinta Mountains in northeastern Utah, were hit with cold temperatures at the start of winter. The cold temperatures remained through most of the season.

Another area of concern is southern Utah, where a severe drought several years ago has kept the overall number of deer down. вЂњThe number of fawns born in the southern part of the state has been fairly low over the past few years,вЂќ Aoude says.В  вЂњHopefully, the wet winter and spring this year will help the vegetation. If the vegetation improves, so will the overall number of deer.вЂќ

Every fall — after the archery, muzzleloader and rifle hunts are over and while the deer are grouped together during their breeding period — DWR biologists conduct deer surveys.

Deer hunting in the northern part of the region should be slightly better than last year, due to increased fawn production last summer and higher fawn-to-doe ratios last fall. Southeastern Utah experienced a relatively mild winter in 2010 – 2011, which promoted better than average fawn survival.В  Last yearвЂ™s fawns will be yearlings when the archery hunting season starts.В  And yearling bucks make up the majority of the harvest in the northern part of the region.

Southern part of the region

Deer hunting on these units should be similar to that experienced by hunters last year. However, last yearвЂ™s deer hunting success was down from previous years, partly because of the hard winter of 2009 – 2010.В  Fawn-to-doe ratios were below average last summer and fall on these units, which will result in fewer bucks for hunters this fall.

Abundant summer rainfall may result in greater dispersion of deer. Hunters may have to cover more territory than theyвЂ™ve had to cover in past years. Sources of water will be more widespread, which might be challenging for those who prefer to hunt over water holes. Archers are encouraged to do pre-season scouting to locate a shootable buck and to pattern his movements and behavior. 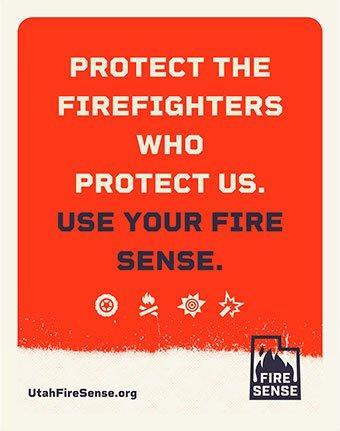