Press Release: Emery County Sheriff’s Office Dispatch received a call at 3:10 p.m. on Sunday reporting an ATV accident on the San Rafael Desert. The location of the accident was at the far west end of Eagle Canyon east of the town of Moore, Utah.Killed in the accident were 70 year-old Hubert Roger Issel and his 64 year-old wife Alana Lea Issel of American Fork, Utah. Two of their grandchildren, ages 7 and 8, were critically injured in the accident and were transported by medical helicopters.

From investigation of the accident scene, it appears the Can-Am side-by-side driven by Mr. Issel was traveling on an established trail when it came to a steep rocky ledge in the trail. This caused the vehicle to roll down the trail and then off a cliff approximately 80-100 feet to the canyon floor.

A DPS helicopter will be on scene today to recover the side-by-side.

Original:
The Emery County Sheriff’s Office has confirmed that an ATV accident occurred on Sunday, claiming the lives of two individuals and injuring two others. The incident happened on the San Rafael Desert in the late afternoon.
According to a press release issued by the sheriff’s office, Life Flight and Eagle Air Med both responded to the scene and were used to extract survivors.
“The family is still trying to make notification, so we will not be releasing any names at this time,” the sheriff’s office indicated. “The family has requested that details regarding this tragic incident not be given out and we are doing our best to respect their privacy at this difficult time.” 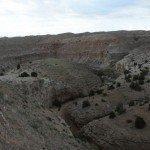 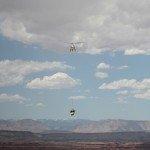 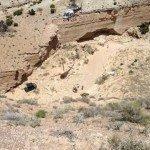 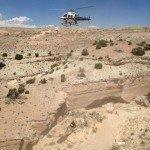