Authorities responded to a semi truck rollover in Indian Canyon on Tuesday morning.

According to Utah Highway Patrol Sergeant Warren Nelson, the incident occurred around 11 a.m. near mile post 262 in Indian Canyon. The semi, which was hauling hay, was traveling southbound on Highway 191. Nelson explained that the driver had never traveled Indian Canyon before and had misjudged the turn, causing the semi to roll onto the driver’s side. The driver was not injured in the incident and no other vehicles were involved.

Nelson said there was no indication that drugs or alcohol had played a part in the accident. 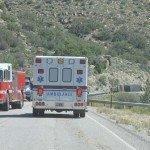 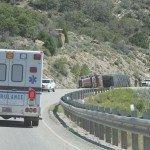 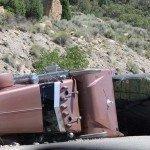 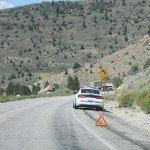