Authorities responded to a two-vehicle accident on Highway 6 at approximately 2:45 p.m. on Monday.

The incident, which occurred near the turnoff for Liberty Estates just outside of Price on Highway 6, involved a semi and a truck. According to Utah Highway Patrol Sgt. Warren Nelson, a Toyota Tundra traveling toward Wellington crossed multiple lanes for unknown reasons, coming into the path of a semi traveling toward Price. The semi tried to avoid the oncoming vehicle but inevitably struck the Tundra.

Nelson said that there was no indication of alcohol or drugs from either driver. The incident is still under investigation. 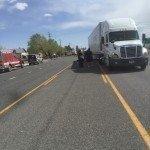 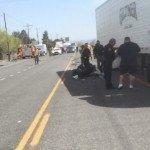 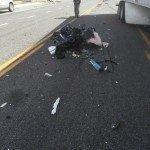 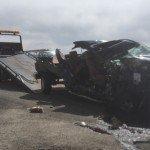 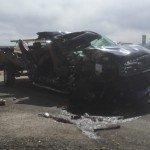