According to Utah Highway Patrol trooper Tana Allred, a driver in a van was traveling eastbound on Saturday afternoon. The driver fell asleep while driving and drove off the road. In addition to the driver, one passenger was in the vehicle.

The driver and the passenger both suffered minor injuries and were transported by ambulance to Castleview Hospital. 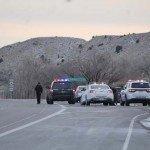 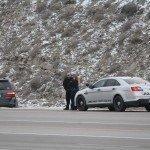 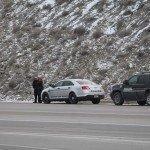