An auto accident on Ridge Road Monday afternoon at approximately 1:35 p.m. sent one person to the hospital with unknown injuries.

Although it is not clear what exactly occurred, a small passenger car with significant damage came to rest on the embankment of the roadway. A coal truck pulled over on the side of the road several feet away from the car and did not appear to be damaged.

Carbon County Sheriff deputies were on the scene conducting an investigation.

More information will be posted as it becomes available.

According to Sergeant David Brewer of the Carbon County Sheriff’s Office, the incident occurred when a female driver of the passenger car attempted to make an illegal U-turn on Ridge Road. Her car was T-boned by a Savage coal truck on the passenger side of the vehicle. The car’s airbag did deploy and the female was wearing a seat belt at the time of the accident.

“No life-threatening injuries were sustained by the driver,” Brewer indicated. “She is eight months pregnant and she was transported to the hospital as a precaution.”

It is expected that a citation will be issued to the driver of the passenger car. 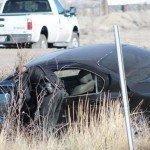 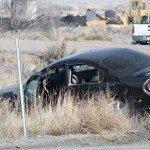 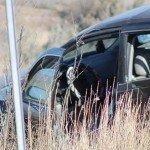 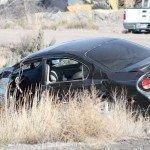 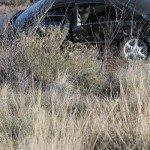 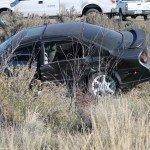 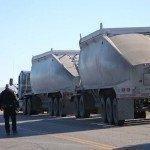