A charity barbecue for CMV was hosted at Washington Park on Sunday. The event was sponsored by the Naomi Chapter 13 Price Utah Order of the Eastern Star.

Cytomegalovirus, otherwise known is CMV, is a common virus transferred by bodily fluids that is usually harmless to people with a healthy immune system. However, according to the Centers for Disease Control and Prevention (CDC), CMV is the most common congenital viral infection in the United States. Additionally, more children will have disabilities due to congenital CMV than other well-known infections and syndromes including Down Syndrome, Fetal Alcohol Syndrome, Spina Bifida and Pediatric HIV/AIDS.

According to Deserae Blackham Munsell, the barbecue raised $338.50 while the Naomi Chapter 13 Price Utah Order of the Eastern Star donated $250. Funds raised will be donated to the Utah CMV fund.

For more information about the Utah CMV Council and cytomegalovirus, please visit cmvcouncil.org. 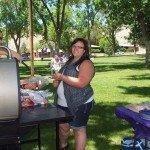 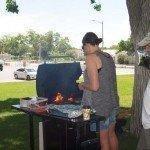 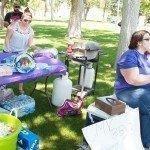