After shattering the all-time single-season home run record this year in the state, Emery’s Ashton Bell was named to the 2A First Team when the list came out Monday. Five other local athletes garnered all-state nods as well.

Carbon had four players named to the honorable mention team. Seniors Katie Basinger and Kim Johnson anchored the Lady Dinos this season. Sophomores McKenna Sorenson and Chandelle Nichols were also named to the team. Johnson and Basinger combined for 10 home runs. Nichols smashed 10 doubles and Sorenson racked up a 12-3 record in the circle.

The Lady Spartans finished the season with a 10-20 overall record, including a 3-5 mark in Region 15 action. Gunnison halted their run in the 2A Playoffs with a 9-8 loss on May 7.

The Lady Dinos had their best overall season with a 20-8 record since the Deseret News started tracking softball standings in 2001. Carbon finished at .500 in Region 12 play with a 4-4 record. The Lady Dinos were ousted by Payson 4-2 in the one-loss bracket of the 3A Playoffs on May 15. 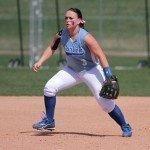 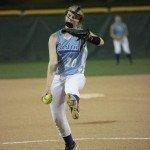 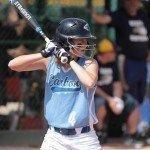 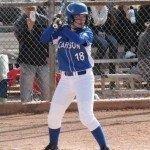 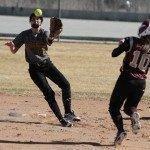