What began as just a few interested citizens coming together in 2009, the Green Team of Carbon County is now making large leaps on improving not only the community of Carbon County but the imprint left on local landfills.

“It’s a culture change, people are just not used to that,” said Jim Piacitelli, Chairman for Green Team of Carbon County. “We are making progress. It has taken us a while to get here but we are excited about what is going on.”

During a Carbon County Commission meeting in September, the Green Team’s request for a semi-trailer to fill with the recyclables collected from smaller trailers located throughout the county was approved. That semi-trailer, provided by Interwest Paper, is placed directly behind the check-in building at the Carbon County Landfill and it is well on its way for its first journey upstate, completely filled and ready to be recycled. But the Green Team didn’t do this all on their own.

Recently, the team has combined efforts with Carbon County Commission, Interwest Paper, Recyclops and Office Etc. to fill up the trailer with a “kill two birds with one stone” method.

Inside the Green Team’s smaller trailers located around town are two gaylord boxes (48”x40”x36”), one near the front of the trailer for office paper and one in the back for newspapers and magazines, along with a small portion at the tip of the trailer for pop cans. These trailers are taken to the landfill occasionally, where the boxes are unloaded by forklift and placed in the semi-trailer. The pop cans are delivered locally to Basin Industries south of Price.

Recyclops, a recyclable curbside pick-up company that stops in Price, Helper and Wellington twice monthly by subscription, will also be packing the trailer after their recyclables have been sorted. The business picks up paper, plastic, cardboard and metal.

“That trailer will fill up faster and that is what we want it to do,” said Piacitelli.

Office Etc. has also joined in the partnership due to their new mobile paper shredding service that began around November. Recently, the business was having Recyclops pick up their boxes of shredded paper, but allowing them to take part in the Green Team’s semi-trailer means less emissions from travel and the economic impact stays in Carbon County.

“This has been a real boost to our efforts by Office Etc.,” said Piacitelli.

“Any money we get back from Interwest [Paper], will help us to cover maybe our expenses to run the forklift,” said Piacitelli, considering the Green Team recycling efforts are 100% volunteer related.

By local residents doing their part and recycling every chance they have, it is actually helping the county. For every ton hauled to Republican Services ECDC Environmental Landfill located in East Carbon, the county is charged $24. So, with less waste being hauled to the landfill, the county and taxpayers actually save money.

“There is economic development to it. We are not talking hundreds, thousands of dollars but it is in the positive realm,” said Piacitelli.

Those that are interested in becoming a helpful hand in the growth of recycling in Carbon County can contact Piacitelli at (435) 637-1019, visit the Green Team’s website at www.ccgreenteam.com or visit their Facebook page at “Green Team of Carbon County.”

“It is a great opportunity to meet some great people who have a common interest. I think it is neat because it builds a sense of community and it’s a very worth-while project. This benefits every single person in the county, so when they are involved in this, they are benefiting everybody,” said Piacitelli.

Also, those interested in signing up for Recyclops’ curbside pickup can visit www.recyclops.com/carbon to sign up. Currently, the business only has about 120 homes signed up in Carbon County, according to Green Team of Carbon County board member Timm Kennedy.

“It is a little disappointing to me,” said Kennedy.

The Green Team’s future plans are to be able to recycle cardboard. As of now, Walmart has offered to provide the team a bailer to replace the compactor that the county is now using. As of right now, the Carbon County Landfill is compacting cardboard but not by itself. It is being compacted with trash before being shipped out to ECDC. The future plan is for the cardboard to be bailed then sent upstate to be recycled.

Both Kennedy and Piacitelli are very excited in the steps that Green Team is making forward to better Carbon County.

“We are a little behind on the time, but we are working on that,” said Kennedy. 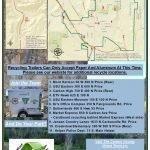 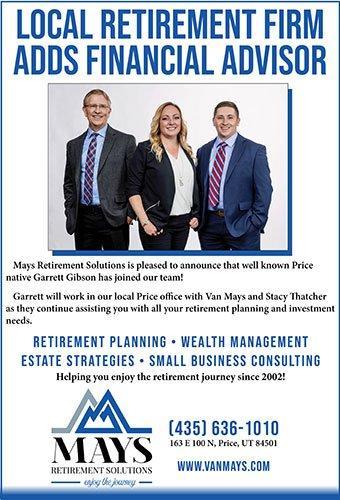