Megan Marshall was in attendance at the Price City Council meeting, hosted on Wednesday evening, to present both the 2022 St. Patrick’s Day Parade Grand Marshal and the Excellence in Education award recipient to the council and a packed crowd.

Marshall thanked the council for allowing her to join them before beginning with William “Bill” Bate, the grand marshal. She said that Bate is never the type of person to say no and has dedicated his career to the Carbon School District, impacting countless students. She continued by saying that few deserve the gratitude and accolades as much as Bate, stating that he has played a pivotal role in so many lives.

Bate then spoke, thanking all the people that have worked hard and made it possible for him to be so passionate about his career. “I’ve never had a bad day at work,” said Bate.

Next, James Thompson was recognized as the 2022 Excellence in Education award winner. Marshall said that she would be hard-pressed to find someone that hasn’t been positively impacted by Mr. Thompson. He is credited as an incredibly memorable high school teacher, award-winning debate coach, community volunteer and family man.

Marshall stated that Thompson’s care for others knows no bounds before turning the microphone over to the iconic educator. Thompson said that the award is a true honor and that he is astonished at the number of his former students that have already contacted him regarding this recognition.

“It’s nice to be remembered by your students,” Thompson stated. He then said that if he had to do it all over again, he would.

Both Bate and Thompson will be featured in the St. Patrick’s Day Parade that will take place on Price City’s Main Street on Saturday afternoon beginning at 12 p.m. 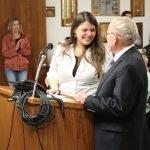 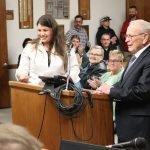 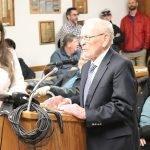 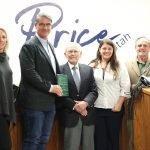 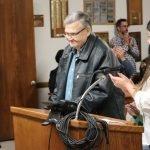 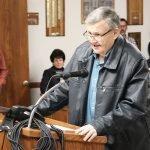 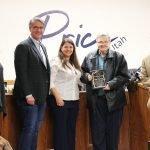