The board members of the Castle Valley Special Service District (CVSSD) honored retiree Blane Lofley at their May meeting.

Lofley retired from CVSSD on May 3 after nearly 38 years of service. He began his career in October of 1981. Blane worked with the Huntington crew, serving Huntington, Cleveland and Elmo.

Jacob Sharp, District Manager of the CVSSD, described Lofley as a very involved, hard-working and dedicated employee who has played an integral part in many projects over the years. He thanked him for nearly 38 years of dedication and service to the citizens of Emery County and presented him with a plaque of appreciation. 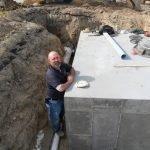 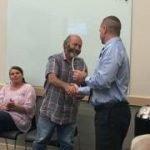