EC Stilson, a 30-year-old who grew up in Price, will be returning to the area on Aug. 13 for a book signing of her memoir.

Stilson’s memoir, “Two More Years,” details her journey following her terminal melanoma cancer diagnosis in 2020. She was told at the time that she had two years to live, which was a diagnosis that she said froze her heart in time. Stilson is the mother of four young children and said that the thought of not seeing them grow seemed unfathomable.

Stilson had also just recently landed her dream job, working as a publisher for a newspaper in Blackfoot, Idaho. While being trained there by Leonard Martin, she learned that he had been the publisher for the Sun Advocate in Price when she was a young girl.

“The place that inspired me to work in the newspaper industry in the first place,” Stilson said of the Sun Advocate, recalling being featured in the newspaper years ago. “It’s amazing how life turns out.”

With the diagnosis, Stilson was unable to work full time, which prompted her to begin fulfilling a bucket list with her family instead. She has since accomplished many items on the list, including skydiving and singing the National Anthem at a semi-pro baseball game, among other things. Now, Stilson is doing signings across the Western states for her book detailing her journey with cancer.

The memoir has become a number two bestseller on Amazon since June. Stilson has also gained many followers on social media, had over one million views on her blog and can now add a bestselling book to her accomplishments.

“Since my whole family is from Carbon County, one of the biggest things I wanted to do is have a signing there,” said Stilson. “Although I’m still fighting cancer and getting treatments once a month, I feel so grateful for all of these amazing experiences.”

The signing will be at the Helper coffee shop, Happiness Within, on the aforementioned Saturday from noon to 2 p.m. More information can be found here. 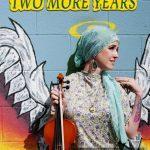 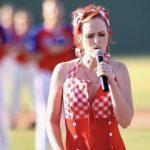 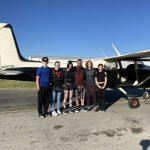 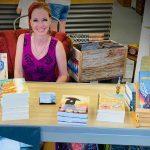