Osmond explained that just like the fictional character Vey, there are superheros in real life. These heroes may not possess super powers, but they do extraordinary things. “Heroes include members of our military,” he stated. “Even your parents are heroes. Their main purpose in life is to provide you with food, shelter, clothing and unconditional love. For that, you should go home and thank them.”

To emphasize the importance of reading, several students were selected from the audience to participate in a trivia game on stage. Questions were asked about popular books including the Michael Vey series, Harry Potter, Diary of a Wimpy Kid and others. By the end of three rounds, the winning team received posters. 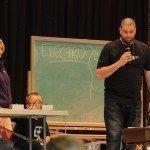 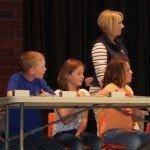 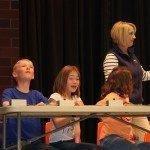 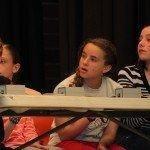 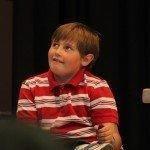 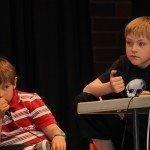 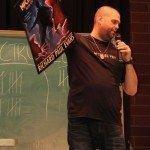 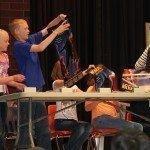