Recently, the annual Klondike Derby was held at the BSA Camp Maple Dell, which is located in Payson Canyon. Following in the tradition of Troop 271, only on a much grander scale this year, Troop 271 won first place.

In the past, there were three councils in Utah whereas now there is only one, the Crossroads of the West Council. The district that includes Troop 271 is now called the Silver Sage District and stretches from parts of Utah County down through Blanding and encompasses both Emery and Carbon counties as well.

Troop 271 is a large troop of about 40 scouts from both Emery and Carbon counties. These changes led to 20 troops from throughout the state competing in the Klondike this year at Camp Maple Dell.

In a strong show of support, 26 scouts and 10 leaders from Troop 271 went to the Klondike, resulting in the troop having five patrols in attendance. Only the Antelope Patrol, which consisted of the younger scouts, actually participated in the competition. Most of Troop 271 is also a part of the Order of the Arrow, which is a leadership and honor society in the scouting program.

The older scouts from the troop were asked to use their scouting and leadership skills to oversee and run the various events as the Order of the Arrow Staff. These events included a winter survival quiz, knots, compass course, fire starting, scout games, snow sculpture, first aide, ring toss, snow ball catapults, lashings and, of course, the famous sled race.

The older scouts in the troop have won several years in a row at the Klondike in the past. Since staff was needed to help run the competition for the 20+ troops that attended, only the younger scouts in Troop 271, the Antelope Patrol, competed in the competition to showcase their scouting skills.

In the scouting program, “Be Prepared” is the scout motto. The Antelope Patrol’s training and preparation resulted in the same outcome with Troop 271 again coming home with the first place award. This was only possible because of the willingness of older scouts to work closely with the newer scouts and their dedicated leaders.

The troop respectfully asks if anyone in the community has any scouting equipment, camping gear or uniforms they would like to donate to please contact Troop 271’s Scout Master at (435) 472-1498. Also, if you have a Cub Scout or Boy Scout who may be interested in joining the scouting adventure, please feel free to contact (435) 472-1498.

In closing, Troop 271 would like to offer a special HUGE thank you the American Legion Post 3 from Price for their willingness to sponsor them and their gracious support. We could not continue to have this great program for youth in our area without you! 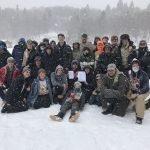 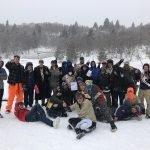