Price City Council members had an important job on their hands during the regularly scheduled Wednesday evening meeting: selecting their newest council member. Five qualified applicants were in attendance, vying for the seat recently vacated by Leif Nelson.

It is stated that a midterm vacancy must be filled within 30 days. Mayor Mike Kourianos explained the process of choosing the new council member, starting with a personal introduction from each candidate that lasts one minute. After that, each existing council member asks a question that each hopeful answers; those answers are also limited to one minute.

At the end of the question segment, the council members vote. Votes are counted by the city recorder and the two with the highest votes then get one more minute for closing remarks. In the event of a tie, the mayor then makes the deciding vote. The five hopefuls were Joe Christman, Andrew Urbanik, Boyd Marsing, Jerry Anderson and Jim Campbell.

Questions posed to the five candidates were “What are some of the pressing issues that interest or concern you?” and “What is the most unpopular decision you have made?” Another important question was “Why do you want to serve the community?” Answers varied, but a common theme of wanting to serve their community and bring in more jobs and tourism were popular.

After initial voting, hopefuls Marsing and Urbanik were the two left standing. With the council’s consideration and the closing remarks voiced, Marsing received the council’s approval to serve as the new city councilman. After an approved motion from the council, he was sworn in by Price City Recorder Sherrie Gordon and took his seat. 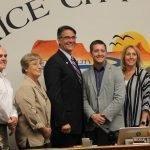 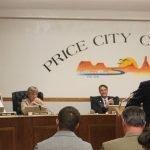 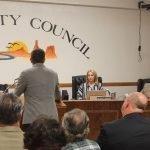 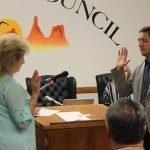 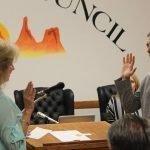 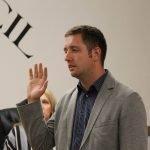 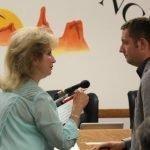 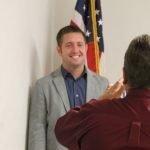